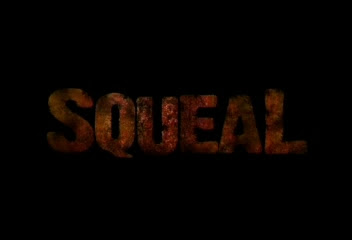 And to think I've seen all the colorful villains this sub-genre has to offer; sure, we have mutated backwood hillbilly inbreds more often than not, but who would go as far as have a slasher with "pig-men mutants"?

Some year ago, a DNA genetics lab decided to play God and created a breed of pig-men hybrids. Why? was never explained but the important thing is the mutants murdered the staffs (offscreen), escaped, and lived in isolation inside a barn, hunting and eating any unlucky fellas who arrives in their territory. Which is what happened to a group of yet-another-group-of-teens-who's-out-in-the-road-for-God-knows-what-reason.

I ain't recommending this but if you get the chance to see it, I suggest you give it a look. If you hate it, that's fine; but if you liked it, well, I guess you're just as open and forgivable to trash as I am.

Bodycount:
1 male butchered offscreen, head seen
2 female repeatedly stabbed to death with knives
1 male gutted alive
1 male sledgehammered to the head
1 male had an arm torn off with cleaver, bled to death
1 female hacked on the head with a cleaver
Total: 7
Posted by Kaijinu at 6:08 PM