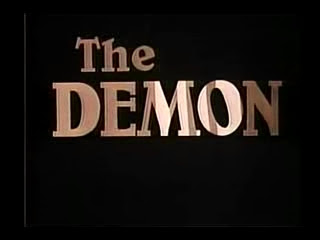 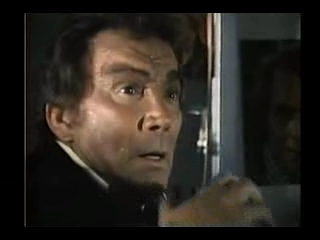 You got to know how bad some movie are to make comparisons. Some people will see Pieces (1982) as a serious collection of laughable crap just as others will see it as a pure gem of its own rights. The same could be said to this weird, plot-confused South African slasher The Demon (1979), a movie with enough stalking and killing to officially call it a slasher, and too enough pointless backdrops and total randomness to call it a "bad movie".
The story starts out with a kidnapping of a teen girl, a terrifying home invasion that left her parents seeking the aid of a "psychic" to look for their girl as well as her kidnapper. Why they prioritized a can-be crack pot of a "psychic" over the cops and allow this feller to go to their daughter's room is beyond me, however. 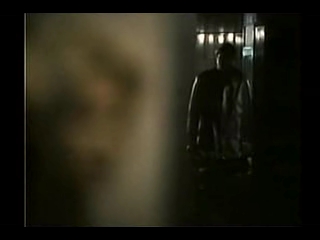 The "psychic" then goes around the room, sweating and grunting as if he's having a nasty case of constipation. Just as we're this close on questioning this guy's legitimacy as a "psychic", he gets a vision showing a blurry glimpse of the killer's face. He claims he cannot do anything about it, but he did warn the worried that what they're dealing with is more than a man and it has no face. Lord knows I would have kicked this moron out if he ever showed up on my house again after that kind of an half-ass psychic job. 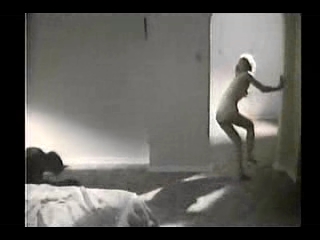 But just when you think it wouldn't get any worse, it does; the movie then pummels into an entirely different set of protagonists, a pre-school teacher and her cousin, getting stalked by the same loon from the kidnappings. Turns out the killer, when not stalking girls, loves to go on terrorizing the dirtier undergrowth of the city, like chasing random women who walks alone, getting rough-housed with a gang of bikers, running into pimps, the usual.

We also have a pair of 18 year-olds falling in love, done in an incredible amount of cheesy one-liners. ( "Can you love a man with roots growing out of his feet?" one says. Seriously, dude, what the fuck?)

The last third's when it all go ape-shit crazy, like an unexpected shooting (done by an unexpected killer), a skeleton in a blonde wig being passed as a corpse (In a tree! In all the places!), and five to six minutes of streaking near-nudity where a victim is chased around her house in their birthday suit by the killer. 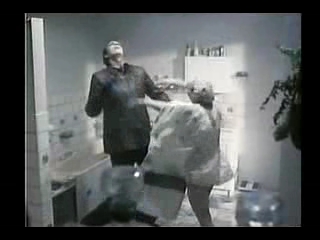 The Demon is the very definition of a dumb movie that thankfully isn't that dull. There's no dragging moment in this stink hole if you're more than willing to leave yer brain in the doorstep since it's all flunked out with cliches as crazy as they are stupid. There's enough plot holes to keep you from thinking this is gonna be a "straight-faced" horror flick, too. Just a heads up for those who are expecting more from this.

Overall, and somewhat in the same running stupidity as Pieces, The Demon is one title whose dumbfoundery is nothing but entertaining, an unintentional funny bone that gives us a good thrill and laughs while trying to be something "oh so serious", only to trip off the fail tree and hit every branch along the way~