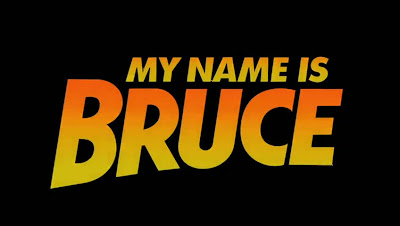 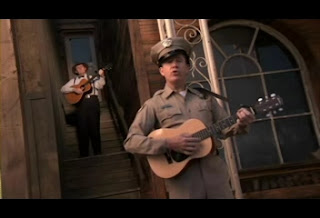 Ah, yes, Bruce Campbell; the man behind the steel chin and all-around wise-cracking antihero and, in this flick, a total oaf. Well, fictionally speaking, My Name is Bruce tells the story of four goth-emo wannabe teens driving to a local Chinese cemetery to make-out, that is until (in typical fuck-up fashion) one of them releases a vengeful Chinese war God (and protector of Bean Curd, so they say) Guan-Di, who resides among the grave of the Chinese immigrants who died in a disaster in 1870... 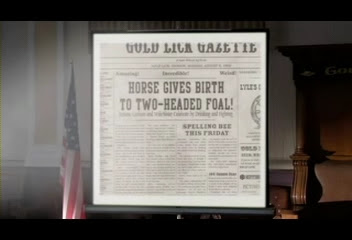 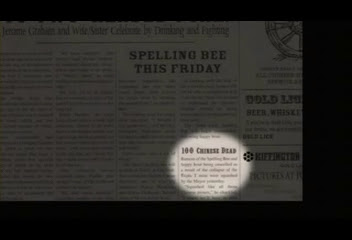 The surviving teen, Jeff, calls the aid of our B-movie hero, Bruce Campbell, in hopes of using his skills in defeating the monster. That is, of course, if he stop thinking it's all a movie set, and the danger IS real. 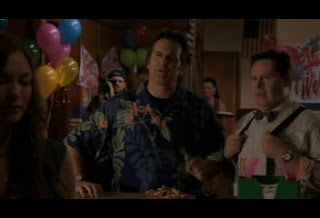 Made to be fun and funny, My name is Bruce is a pick on the curd of horror movies and Bruce Campbell fans alike; Playing both "in" and "out" reference jokes that tackles his past and current life's work as a standard name for monster movies, it's laughs among laughs of pure mozzarella cheese and B-movie epicness.

As much as I love to see Bruce in action, there's no denying that at times, the jokes here fail and the movie can be bland at some moments. Special effects did little to please me and so is the gore, but seeing as it's aiming more as a comedy than a balls-on-the-walls straight horror like Campbell's ever so popular Evil Dead, I can look pass that. Besides, any film that features two guys singing an admittedly catchy Guan-Di song, a boy saved by a pack of bean curd and Ted Raimi as a moustachoid painter who's obviously paining his job as a low-brow painter, can't be all that bad, and My Name is Bruce is just fine for me at that. 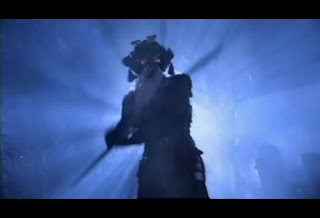 As a fan's film of everything Bruce Campbell, he portrays a "main attraction" of a character here, who's everything but real. Arrogant and low-paid, he's portrayed here more as his character Ash from the Evil Dead franchise, reduced to a cheesy oddball anti-hero who gets the job done even if it means blowing up half the state into Oblivion. It's a nice wink at the Evil Dead fans (like myself) that's clever, warming and truly appreciate.

Seeing how it lashes the cliches and the stereotypes of horror flicks into a self-referencing comic relief, it tries so hard to be "bad" (as in "so-bad-its-effing-good") but, it's nowhere as bad (Or good. Still with me?) as the flicks he'd made in the past in that sense. Still, as an average black-comedy, it's entertaining enough to pass some alone time and sing-along the Guan-Di song with!