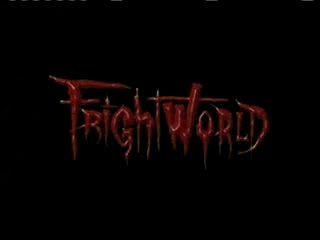 What in the name of all things sacred did I just watched? 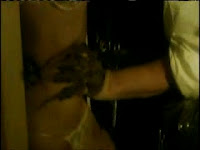 Nine emo-goth wannabes goes to an abandoned amusement park called "Frightworld", once owned by a strange man who wanted it to be "The Disney of Fear". Due to tax complications and public complains, the park lost it's ante (and it's owner...literally), so now the gang thought they could bring it back but not before they do lots of lengthy soft core sex. 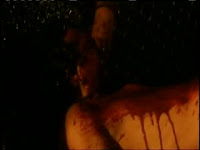 But what's this? A puddle of blood bubbling? Oh right, I forgot to mention the deceased serial killer who died in the very same ground after being gunned down by a squadron of cops. So now, he comes back, ala Frank The Monster in Hellraiser, to kill a few guys, possess a body, and turn himself into that grotesque looking monster on the DVD cover and continue his killing spree.

Oh and there's some plot twist in the end, but I don't know shit, cuz the audio sucks. 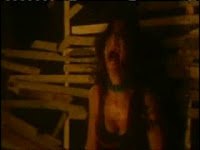 There's nothing very redeemable here but if there's anything I could say more about Frightworld, it's this: After Effects. Why. Use. it. To. Fill. The. Whole. God. Damned. Effing. Movie? Seriously, that's not artistic, that's just lazy.

Avoid at all cost.