Random Can Be Deadly: Blood Was Everywhere (2011) 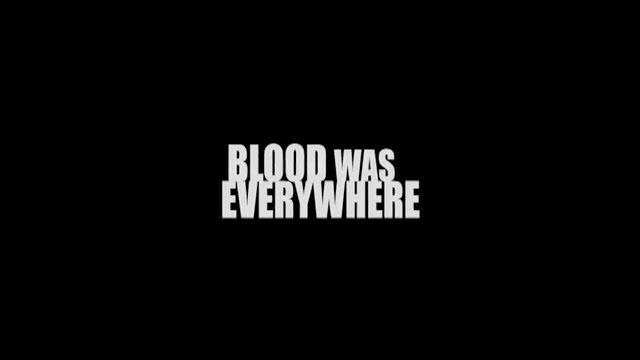 Remember Final Exam (1980)? That slasher flick where we spent an entire hour looking into the lives of students and suddenly gets a random killer on the loose with little to no explanation? Well, it's time to feel Deja vu as looks like somebody under the name of Jason Torey tackles this concept in this magnificent piece of indie.

Originally an independent remake of Friday the 13th (but reworked into an original feature after the director found out Platinum Dunes remade that movie in 2009), Blood centers around a small Massachusetts town as it suddenly gets an unfortunate visit from a faceless and nameless killer who have made a habit on sneaking into people's houses and murder anyone he could find there. With this, expect the unexpected as the plot technically lacks a single protagonist or a single focused group as random citizens from an entire town are simply characters, some of which we do get to look into, which may or may not lead to anything and we go on watching these folks' daily lives while our killer makes small appearances, mainly through POV or a simple shot of his shoes, hands or his body on the neck down, skulking around and studying his prey before he comes for the kills.

What I enjoy from this movie is that, even with the unconventional plot flow, it works very well to keep up the tension as we literally have no idea what's going to happen next and we don't know whether we should worry for the characters' fates, or not. Just think of this experience as entering a real town, some place you never knew, and then suddenly you're hearing news of an entire family being murdered inside their own home. That feeling of fear and anxiety is something this movie tried to accomplish but the effectiveness of it relies heavily to how well you can take the narrative, as well as how far you could ignore the amateurish acting and delivery from its casts.

Of course, this placed the film at a risk of disconnecting itself from its viewers, as a slasher with little casts to support and/or connect to tends to lose its impact. Those who were hoping for a traditional slasher film may be disappointed with it's steady pacing and plentiful fillers involving characters going through their lives which almost made this film lacking of a solid story, but rest assured, there will be blood. The murders are Godsent traditional and bloody without going viscera-mad on us, kinda like your classic 80s sets of murders where things are simple yet messy. Once the killer do make his presence known, expect the faceless mute maniac to do his worse, all in the standards of realism and savagery of a home invasion.

Completed with a budget of fifty grand, Blood Was Everywhere is a delightfully harrowing movie that shows what true talent and skills can do for homemade horror movies. Unique, tainted and agreeably bloody, best to keep a free mind when watching this and try to forget some of what you already knew about the slasher sub-genre to fully enjoy this gem. 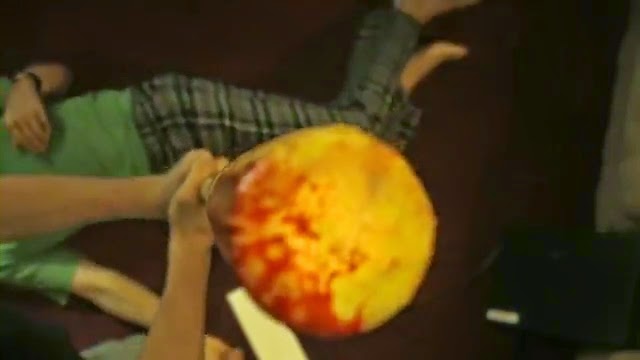