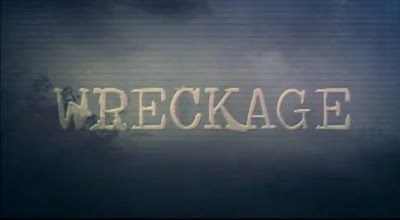 While it certainly was a good run, Wreckage can't deny it's a tired run at that.

Opening with the killer's childhood, as he is seen here watching an utterly lame cartoon with his brother in a trailer park while their trashy mom does whatever trashy moms do. Druggie boyfriend them comes in, beats-up brother and soon had his just desserts whenthe future killer grabs a gun and shot the mofo down along with his mum. Nice shot...for a kid. 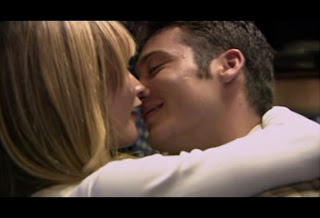 Cut to present, a convict is seen running away for dear life before the film shifts its attention to a girl in a parked car and a lowly hitchhiker. After ten minutes or so of talking, turns out the hitcher's not a good feller at all (duh) and tries to attack the poor gal, but in luck for her, he's not our killer! In fact, I don't know who the fuck this guy is but he's later brained by presumably this movie's real killer.

After a five minute opening credit (sure felt like five minutes), we then shift our attention again to our real story, about two guys, two girls, one drag race, and one unfortunate turn of events. Engine's gone dry and dead, leaving them not only in a losing streak on their race, but also stranded miles away from their homes. So off walking they went and finds a randomly placed wreckage for a good measure of scrap hunting, presumably to fix their car. 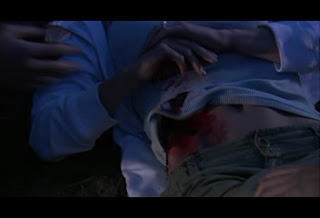 So a slasher film in a car scrapyard does have a good ring to it but with four victims, it ain't much fun, so they decided to add a few random factor such as one of the teens deciding to show off his skill of telling a scrapped car's history which mostly involves a families killed in a car crashes. (Not really essential to the story but it builds bodycount.)

He also decided to be dumber, fire shots at a bulletproof window and got a shell bounce to one of the girls, wounding her. Panic ensues, leading the girl's lover to run to the nearest town to get help and returning to find his friends missing. The killer's work? You betcha! And now that he tagged along coppers as fresh bait, the killer awaits and began picking them off.

While it had potential, Wreckage's twists and turn sadly befell on a somewhat nagging pace, building up for something that ended so abrupt and cheap. 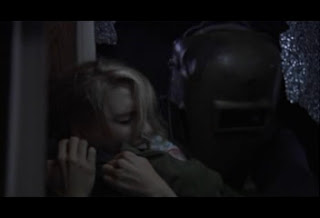 In a B-Movie manner, with the totality of the film, from acting to special effects, felt like a Syfy channel movie gone to video. Not entirely awful, just a meaningless trash heap of good ideas thrown in with an astray manner, some even had a brainwaves worked into them as Wreckage tries to do as much "realistic" choices as possible for the characters, ultimately leaving us with a very high survival count. (I mean, not counting the opening murders and the flashback story, we only got five fatalities with one of them not even committed by the killer) I don't know how to feel about this, I mean it's not everyday we got that much survivors but it sure certainly shows some desperate attempt to break the formula, only it would had done better if it had a better budget or a far better thought of story, which certainly had its nitpicks and bad acting but far from boring.

This film is way, way afar from perfection, but it did its best as an enjoyable B-Movie with a weak, yet fairly clever twist ending. Rent if you had nothing else to rent. 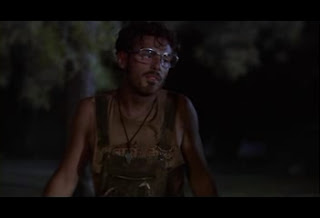