Bloody Bloody Bible Camp- I'm really dying to see this slasher! I mean look at that! Transvestite killer in a nun's habit and a devil mask?! Tell me that ain't cool, and I'll stick a bread stick up yer- 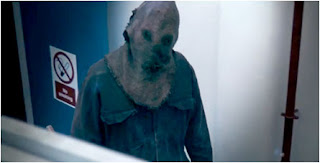 Deadtime- For an awfully sucky rock and roll slasher, it features a rather cool looking, if not overused, potato sack mask. If only they did a better job with the story, and less CG kill, then this would have been a fun flick... 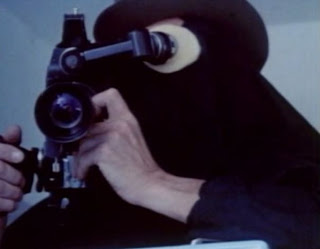 The Last Horror Film- Though rarely seen, the killer in The Last Horror Film donned a caped and top-hat over a very dark suit, plus a ski mask. Kinda mysterious lookin', and a bit dramatic. Guess it's better to keep it that way. Good! 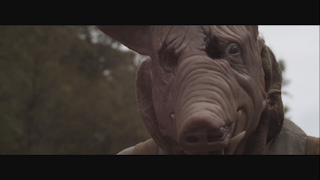 Madison County- Ah yes, my hype-turned-traitor. Here's the biggest poop about this movie: the mask look fake. And cheap. Like the movie. 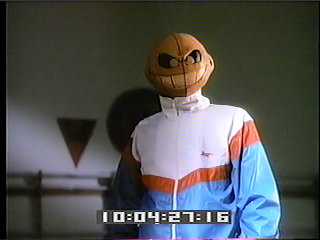 Night of the Dribbler- This awfully rare slasher, which I'm dying to see as well, features a very kooky lookin' killer. Not only is this guy wearing a basketball over his head, but it's a basketball with an evil grin.

What's next, a villain with an 8-Ball over his head- 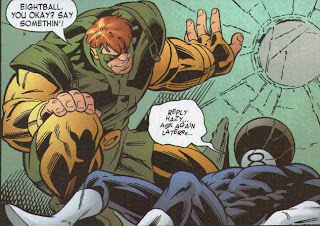