Slasher masks of the week vol 12 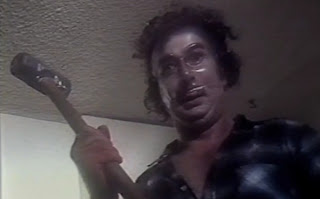 Sledgehammer
Another plastic mask, it's silly, but not as befitting as the one from Don't Open Till Christmas. It's actually better looking on the kid version of the killer! Nice try, though 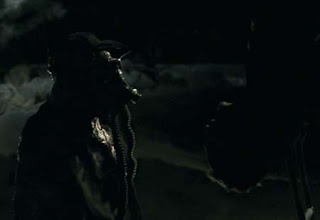 The Reeker/No Man's Land: Rise of the Reeker
Coming from the low-brow franchise is the Reeker, foulest killer there is, literally! So Stinky, he actually wears a mask to protect his dear nose from himself...that is if he has a nose. Good, and it's actually cool looking. Too bad he removes it too often. 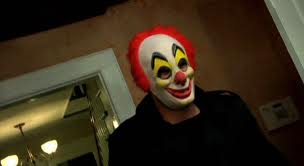 Intruder (2008)
From a low-budget indie, The Intruder sports a clean-cut cheap clown mask that, honestly, works at a certain level. ...makes me feel empty...in a good way. 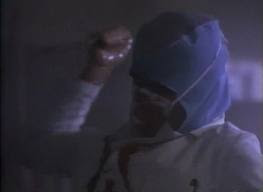 Hospital Massacre/X-Ray (1982)
obscure little cheesefest would always have an obscure little cheesy villain. A madman in a surgeon's get-up is slicing his way to his long love. And what can I say to that? Loose the head dress, mate. 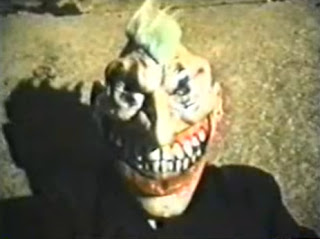 Evil Night (1992)
Funny thing, I'm dying to see this low-bud shlock. It maybe the mask, or the fact that the try doing a psychic killer, but whatever the reason is, I'm passing this mother.
Posted by Kaijinu at 3:00 PM