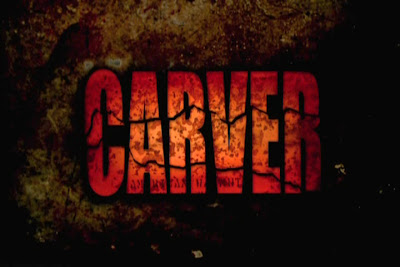 A fat guy in a goggled helmet starts torturing and killer campers lost in the woods. That's it. 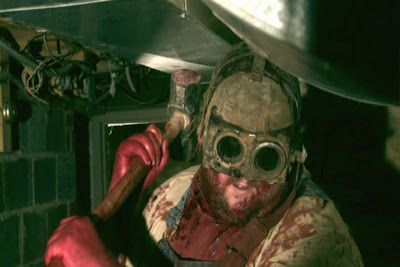 What more do you want me to say? My thoughts?

Sigh* Okay, listen: with all the gory, nasty, and mind-numbing violence I succumb myself to just to keep this site running and my fandom fat, I might be just getting used to it that I'm desensitized from the "shocking" material in Carver (2008) or, just saying, this movie just sucks. 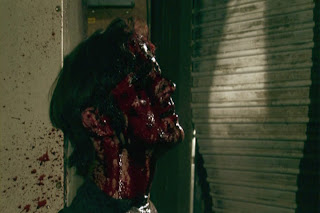 The slasher perspective of this film doesn't shine well either. It's just your standard backwoods stuff, "teen sex equals death combo" and the usual twist ending. Nothing special, nothing big, just plain, plain, plain mediocrity. I mean a fat hillbilly wearing a helmet and goggles as our killer? Come on! I've seen scarier shit from a dancing Iraq Lobster!

And if you will, by any chance, out of curiosity, will watch this piece of watermelon-sized diarrhea, I suggest you go find a timeless classic to watch afterwards. That or go watch some girly cartoons. You might need it.