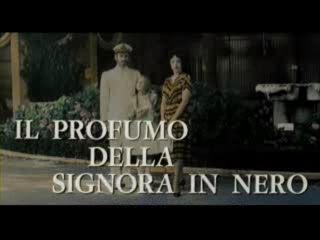 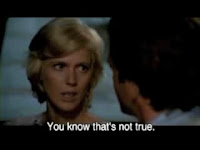 A giallo for the patient and sharp, Perfume plays the Italian crime genre's classic for most parts as it lay low on the bloodshed in favor of focusing more on the effects of a series of unusual and suspicious events that suddenly plagues in the life of our lead. 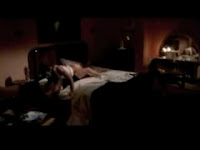 In this psychological downward spiral, industrial chemist Sylvia starts to have hallucinations involving her deceased mother after a night of conversation with her boyfriend and his colleagues. The visions began simple with things and faces appearing and disappearing, but it all spirals for the worse when she starts to see her mother and an unknown man having sex in front of her, little girls leading her to strange places, and people literally dropping off like flies. There are people who are willing to go along with Sylvia as she suffers through these nightmares, these including her friends, neighbors, her boyfriend, but as the movie continues, no one, not even Sylvia herself, appears to be trusthworthy. 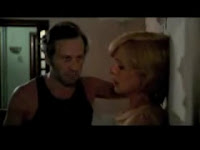 As a production, Perfume Of The Lady In Black is lavishing, beautifully captured and organized. It is played and well-paced, bringing a creepy and uncertain feeling upon watching and understanding the events. But as it is a fine watch, it can also be a bit drawn out, filled with too little scares and shocks that may fail to impress some viewers or even lose the patience of others. Those looking for quick and stylized murder set-pieces in every fifteen minutes will be solely disappointed as the bloodletting action kicks off very late and, even if we skip to these killings, it would be deemed pointless and considerably out of context with the kind of twist this film have in the end. 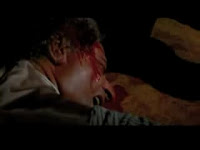 For those who can be as patient as a saint, the mystery workably clues and hints the events of the film with enough red herrings to do their roles on swaying away our suspicions. True, it can make the plot look convoluted and sluggishly paced, it never forgot what it is and, artistically speaking, Perfume brought out the stylized beauty of the mystery with set-pieces placed upon voyeur-esque sensibilities, whether real or not, making this giallo as intriguing and unique as possible.

Since the line of real and imagined is blurred more and more in each progression, it leads away from the rational and ventures more into the macabre, which somehow ties all the ends together while toying with our minds. That said, I find the experience very rewarding and Perfume of a Lady in Black a one-of-a-kind rare gem of various taste even if it might take numerous viewings to fully understand it. If you love unconventional mysteries, this Italian psychodrama cult fave is just for you.

Bodycount:
1 female mentioned dead in bathtub, apparently from a heart attack
1 female pushed off a window
1 cat found dead
1 male had his head bludgeoned with cinder block
1 male repeatedly hacked on the neck with cleaver
1 male gets a cleaver to the back
1 female falls to her death
total; 7
Posted by Kaijinu at 5:39 PM