we all have our favorite slasher victims. Those guys that we sometimes look up to, or like for a distinctive trait , those guys that hangs around with our heroes or heroines and get cut down in the midst of it all. It's a little unfair, but it what makes these guys so memorable, so here are more of my fave dead buddies who never got close to making out alive for the night: 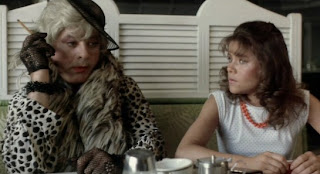 Mae (Dick Shawn) From Angel (1984)- One of the few lovable gay characters in slasherdom, Mae acts like a parental figure for our heroine "high schooler by day, prostitute by night" Molly Stewart, AKA Angel. Capable of giving out witty comebacks at offenders, both "from the law" and hiding "from the law", Mae finds himself grappling with a loose serial killer targeting hookers a few days after said killer had evaded capture. True enough, he showed our loon that beneath his flamboyant get-up, he's all man as he managed to give the guy some hard punches. Sadly, a slick chance got a knife stabbed into him and he ended up bleeding to death. In a heart felt goodbye, he still placed his concern over Angel, asking those around him to keep her from seeing his body, knowing how devastating it would be for her. 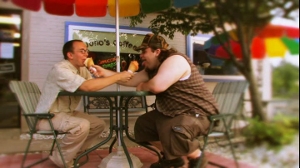 Darren The Nerd (Ryan E. Francis) and Billy The Hick (Aaron Ringhiser-Carlson) from Thankskilling- I can't separate these two for the reason that they're The Best of Friends~! While Darren did helped out with the spells, origins and tying the killer turkey's legs at one point, Billy got around being my fave victim for just being...well, Billy! Lovable, dumb and friendly Billy. His only weakness, however, is that he thinks with his stomach, which ended up with him eating the killer turkey, who disguised himself as a cartoon roast turkey for some reason, and got shot with a rifle from the inside. Darren, swearing revenge, did managed to weak said turkey by a spell, but still didn't make it for the ending credits when, upon dumb luck, said turkey ended up drown into a toxic waste dump and, well, he came back, and pecked his heart out. The bright side of all of this? They're still best friends in the afterlife~!

Sheryl Anne (Debora Weston) from Nightbreed- Chain-smoking, liquor jugging, yet still witty and charming. Sheryl Anne came off quiet sweet and caring towards strangers like Lori. Even accompanying her to the barren cemetery of Midian. An unfortunate meeting with destiny ended her life, apparently she knew a guy named Curtis, who gave a surprise visit to her later that day. The thing is, "Curtis" is actually Dr. Decker, the Baby Slasher... 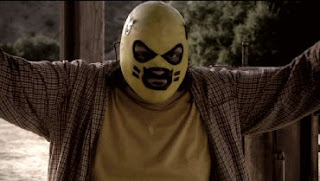 Steve (Jeremy Radin) from Wrestlemaniac- Loud and annoying, Steve is a lucha libre enthusiasts who knows more about Mexican masked wrestling above anything else. Still, he's a nice dude, whose realization that things aren't right in the ghost town of Madre de Dios. In a selfless effort, he himself fought the likes of a near superhuman masked wrestler ala Lucha Libre in order to stall or stop him. Though he lost (and got killed) that act of heroism earned my respect! 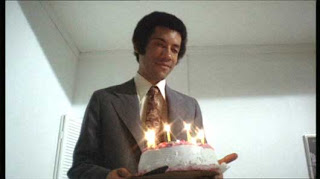 Phillip Woode (Lisle Wilson) from Sisters (1973) - Just when this gentle face thought he'll be doing a one-night stand a favor, Ole Woode got rewarded with a knife stabbing, over and over. And to think, we thought a black guy's gonna go through this one, he meets the sharpened end from a knife wielding evil twin! Still, his good deed to a stranger got me feeling sorry for this guy.