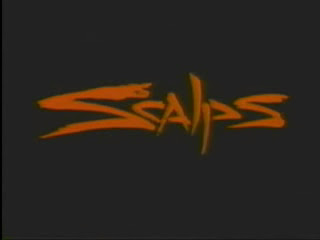 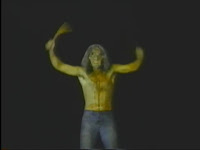 When a film opens with an ugly killer demon doing topless aerobics and decapitating a random feller behind a black screen, you can tell you are in for a weird, if not a cheese-filled ride.

In the middle of a hot desert, an old pick-up truck stops by and its driver, an old coot, makes his way to a cave and starts brushing off the sand from a few buried antiques, an action that apparently anger the spirits coz the next thing you know, a ghostly face possesses the coot's hand and he begins slicing his own neck. 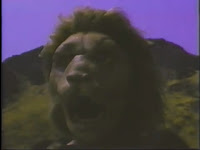 Cuts to university in Nowhereville, USA, where a group of students was preparing for an archaeological dig at the same desert. The problem however is that their dig was unauthorized and their professor can’t go on with them in fear of getting caught by the boards. Normally in a situation like this, the students could have just postponed the trip, wait until the dig is approved and party while they’re at it. But seeing this is a horror movie, they ditched logic and went on anyway under the advice of their professor. 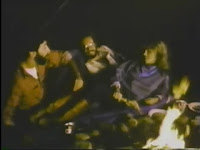 One brief and spoiler-filled "there's a death curse, don't go in there" scene at a gas station later, the group soon made it to a location known as the Black Trees, where hundreds of Native Americans were buried along with their belongings, ripe for the picking by these students. But when one of them starts to feel funny about the place, visions of lion-headed men, evil chanting heard from nowhere, and fire that doesn't burn ignites, it’s all too clear that a risen warrior has returned and took possession of one of them, forcing them to kill their friends in grisly, gory and lovably red fashion. 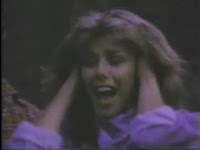 Scalps falls into deep obscurity after a small run in theaters during its release, but eventually grows into a cult classic for reasons of bright red kills and a well-made tone of isolation since the first Hills Have Eyes.

Watching the film for the first time can be a very tedious job however, as not only there’s barely any action going on during the first hour or so, but the whole archaeological build-up was never that interesting with its muddled dialogue and cheesy script accompanying it, and too a lot of badly lit scenes and amateur acting. But after the sluggish ordeal, Scalps finally kicked things up as a cold fire suddenly explodes at some guy’s face, apparently possessing him with an ancient spirit known as "Black Claw" and giving him a bloodlust for scalps. 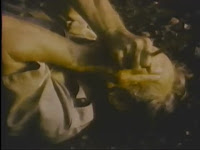 In contrast to most Native American slashers, such as Ghost Dance which focused more on the mysticism of the tribes, Scalps only hinted the tribe’s mythology and focused more on atmosphere and gore. Featuring a near barren desert, the film puts good use to the isolated feeling one would get from a desert, being literally miles away from any known and living civilization thus devoid of any outside help. This tone gets a big and splashy pay off as, in some sort of  tribute to earlier nasties like Maniac and Friday the 13th, the film features splatter film-worthy mutilations like an impacted tomahawk bashing, arrow shots, beheadings and, for title’s sake, a scalping, complete with squishy sounds, much to the delight of gorehounds everywhere. 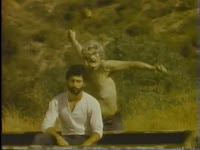 Albeit not an entire masterpiece, Scalps is a "bad movie" that, despite its pacing and build-up issue, has a worthwhile cheesy charm and creep factor. Not necessarily for everybody but if you can stomach strong fondue then this should be right up your alley. 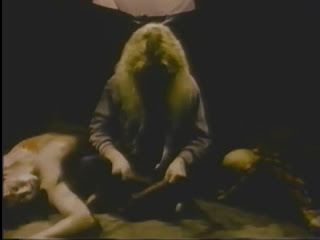