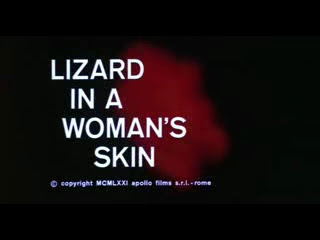 Though I may not meet eye to eye with those who consider this as Lucio Fulci, the Italian Godfather of Gore's best giallo (personally, that title goes to The Psychic (1977)), I will admit, however, that this is a rather bizarre take on the Italian thriller subgenre. 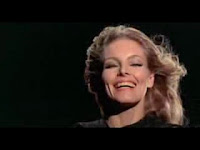 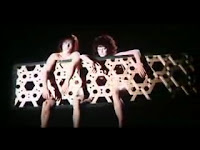 During one night after a drug-induced episode, she dreams herself in bed with a lesbian partner before stabbing her to death with a letter opener. She woke up from this, only to discover that a neighbor was found dead and she is the main suspect. Has she committed the murder whilst dreaming? Or is she being framed by her philandering husband? The plot unfolds midst complex turn-ups of red herrings, murdered dogs, hallucinations, hippie stalkers and even more murders. What Carol didn't know is that the answer lies within her all this time... 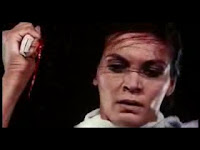 Fulci here shies away from the usual gore and practiced something more engaging and difficult. Murders are done rarely onscreen here which is new to Fulci's regular "close-ups", save for the primary murder and to that shocking "split-dogs" scene. (A scene so gruesome, that Fulci was put on court under the crime of animal cruelty, only to be proven innocent when he showed them of the props used.)

The first half of the movie moves along quiet nicely, starting with an obvious drug-inspired slow-mo sequence of our heroine ruining through a corridor filled with naked hippies, a forewarning of later events as Carol's weakness for LSD might trigger something sinister. The rest of the film stays true to the nature of the drug, which might be a casualty for the last 20 minutes or so. While red herrings play a vital role in all giallo titles, Lizard has a dose of at least a dozen of these as it unfolds twist upon twists, making it all more convoluted to know what is happening and quite hard to follow. Of course, as twisty as it is, Lizard somehow manages to keep the surprises shocking and clever, giving us a nice drug-trip experience to the whole viewing. 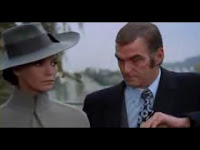 The only drawback is its ending, which divides reactions from those who find it smart and unexpected, to those who finds it too random and disappointing. Never the less, Lizard has a slick look into it, with nice cinematography and loads of artistic tapestry, smooth jazz, talented actors and the strangest dream sequences out there (That effing Swan nearly made me shit my pants...swear to God, it did).

Overall a must for Fulci's fans, as a nice stray to his gore and maggots reputation, playing some cords right and birth one dizzying, sleazy, murder mystery number for Euro-Horror fans to enjoy, so long as they can keep up with it.

Bodycount:
1 female stabbed to death with letter opener
1 female found with throat cut
1 male shot himself in the head
Total:3
Posted by Kaijinu at 8:10 PM