Finding a Date for Moto: It's a Wonderful Afterlife (2010) 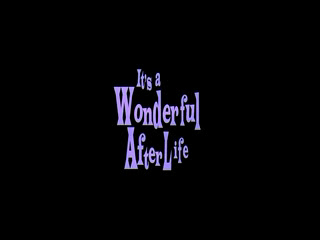 Intro; a guy held at knife point and forced to eat curry until he passes out. Luckily an ambulance came just in the nick of time but proved pointless when, at the operating table, his belly explodes open and curry flew out like a geyser. Typical slasher opening? Yes. Perhaps the very thing that got me excited for more. 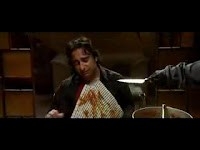 The curry incident springs newly assigned Detective Raj Murthy to investigate what could be one of the many recent murders where the only clue is that the killer knows their way around cooking spices and is targeting Indian nationals in London. 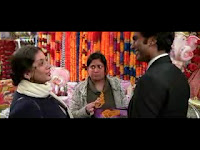 By doing so, he met up with a childhood friend, Roopi Sethi and her mum, Mrs. Sethi, who the latter obsesses over getting her daughter a proper marriage.

In fact, Mrs. Sethi is so desperate that she turns to serial murder, secretly doing away the parents of suitors who hushes Roopi away. But when the souls of the murdered are coming back to haunt her, things got more complicated as she tries to juggle her search for the perfect suitors for her daughter with helping these spectres find peace in the afterlife. 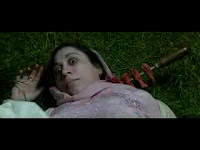 It’s a Wonderful Afterlife, though very misleading title and may be easily confused with a Christmas classic, delivers a weird approach to the rarely tackled romantic comedy slashers. (Actually, calling a "slasher" is also misleading. I believe romantic black comedy sounds more fitting); while the idea of murder and afterlife, as well as the wise comebacks, were taken with good humor, the story takes an entertaining flight through exotic taste wherein we explore the film through the eyes of Indian culture and lifestyle, as well as the near allegorical guilt of murder and the responsibility gained from such crimes. 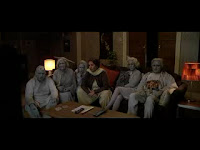 Perspective of Hindu mysticism and beliefs, in which the soul is believed to reincarnate into another being after their moral death, were done here with a twist reminiscent of The American Werewolf In London; since Mrs. Sethi murdered them, the victims cannot be reborn unless she dies too. Unlike the aforementioned werewolf movie, however, they began to grow and care for their killer and her family, a relationship that I both sweet and hilarious.

The two female leads had a strong performance; sadly I can’t say the same for the rest of the cast as a few of them, though quite adorable, can be passed around as average. I believe the strongest aspect of this film was more on the warm moments rather than the hilarity, which the former rarely happens much to my underwhelmed expectations. 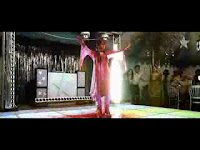 With that said though, the comedy was a hit-and-miss but I find it quite decent and sturdy, mostly playing around the haunting and later accidental murders in which the bodycount continues to grow with, as well as toying around with the usual movie genre cliches of both murder-thrillers and Romantic Comedy formula, and even pays homages to other horror flicks (We also got that Laugh-out-Loud scenario where a friend of the family, upon a broken heart, unleashed a powerful psychic attack ALA Carrie (1978)). 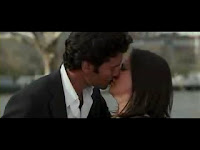 I recommend this film for those who have a great sense of humour, either black or plain. Slasher fans alike should be warned: it doesn't follow the formula, nor does it tries. It quickly misleads us from the beginning with promises of a creative kill count, but I do hope the absence of black gloved killers and the fairly low number of onscreen murders from the rest of the movie doesn't shy you away. Perhaps the real drawback of this film lies on target audiences; It's a wonderful Afterlife can be too romantic to be a horror flick, too unusual to be a couple’s choice. Either way, I personally enjoyed this and not just because it aired on the night of my 20th Birthday, but also because it’s a sweet little black comic that took me by surprise.