He was only playing with you! : Unhinged 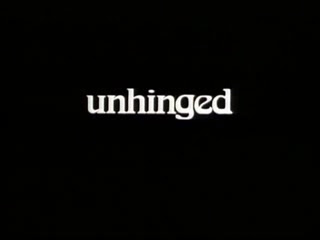 And so, here is another Video Nasty into the fray, a slight mixed bag of Psycho-inspired thrills and slasher flick bloody spills. But how well of a mix? Not quite. 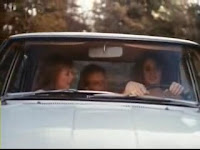 When three girls on a road trip crashes their car during a rainstorm, they soon found themselves saved by the Penroses, a family who just happens to live in a nearby mansion and, apparently, not all quite normal; Edith Penrose is a wheelchair-bound matriarch who despises men to the point of shutting out her own son outside her house or locking him in the attic at night. Said son, Carl Penrose, is slow and simple, while the daughter, Marion Penrose, is verbally abused into following her mother's orders. 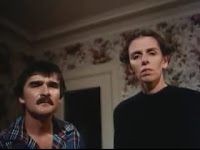 Now, stuck with the Penroses until their car gets fixed, the girls sits through the ramblings and the strict rules of the household's matriarch, feeling uneasy as the whole situation goes beyond normal. But when one of them failed to return after going out to get help, the girls began to suspect the family's odd behavior might had something to do with it. 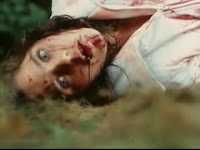 Unhinged was an easy film to watch. Short in running time (around 79 minutes only) and thin in plot, the only setbacks this film suffers from was that it had very tedious dialogue scenes as if building up to a grand reveal, might as well be as the horror aspects of the movie wasn't around until the near end when the killings finally start. Until then, Unhinged acts like a psycho-thriller in the vein of, well, Psycho, evil mum, spooky mansion and all. Another flaw would be that the short running time and the budget itself restrains the movie from any possible improvements; the dialogue can be muddy and some of the lighting made it hard for me to see what's going on. 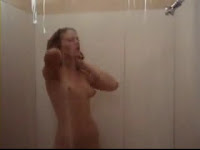 But I can look pass that; the conclusion of the movie caught me off guard and proves to be good enough for me to at least give it a fair rating, plus the gory kills in this title, though little in number, was intensely savage. Mix these two and you have an ending that's both unsettling and very messy!

I know this film is barraged with bad reviews, but I can't help liking it at least a bit. Sure gave me something good to chew after all that tedious waiting, and I'm thankful for that. If you're the curious type, go ahead and try this out. Just don't expect it too much, it'll help. 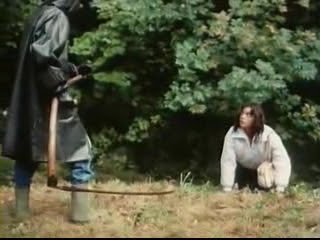