Ask me a Question: Friday the 13th special 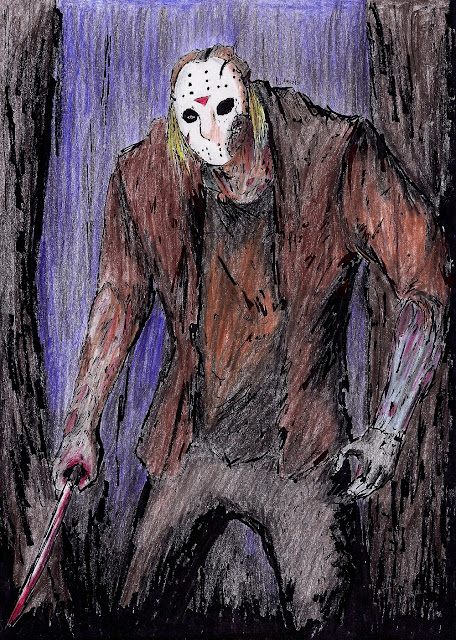 My final post for the last Friday the 13th of the year, I'll be sharing my thoughts and speculations on some of the frequently asked as well as the least thought of, questions in the Friday the 13th Franchise!

Now please take in mind that these are personal speculations and may or may not reflect canons. So let's begin with:

Q1. Why did the bodies Jason possessed in Jason Goes to Hell melts after he body jumps out of them?

A: Once his body was destroyed, he needs to possessed random bodies from time to time to keep him stable enough until he gets to a body that shares the same genetics as his own as Crieghton Duke once explained that the bodies Jason jumps into gets diseased. So it's possible that Jason's soul, now revealed to be either demonic or influenced by demonic forces, might be too strong or two evil to be contained by any body. It could also be probable that Jason's soul, being pure evil, might be spreading a form of sickness to the bodies that causes rapid decomposition, despite their ability to withstand massive damage to a certain level. 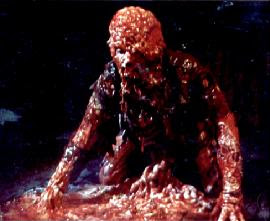 Q2. Who really won in Freddy vs Jason?

A: No matter which script this movie adapts from, each one of them had them both ending their brawl with a tie. But let's try and look at this fight through franchising and time lines. 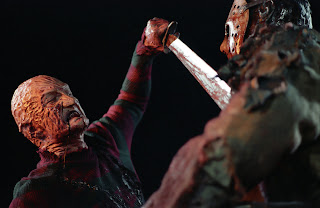 The film is both a sequel for both Friday the 13th and A Nightmare on Elm Street franchise and the last one made so far before both films are remade into fair re-entries. But if we're gonna look at this through time line, Freddy vs Jason takes place years before Jason X, so Jason continued to exist after he got revived. Freddy, on the other hand, never had another movie so it's possible that Jason won the brawl and Freddy is stuck someplace.

Q3: Did Jason really killed the dog from The Final Chapter?

A: This is really a tough one to answer. For one, it's clearly obvious that Trish and Tommy's mutt was pulled away, but the next scene had it running through a window and seemingly falling to its death. Jason was once claimed to will never harm small children and animals. He could had done it to those sleeping children in Jason Lives but all he did was stare at one girl who watches him back and left the rest alone. Same goes to that tiny dog from Jason's debut in Friday the 13th part 2 (though, that is still debatable). So I can't really give a definitive answer for this one, as I'm just as puzzled as you guys are. 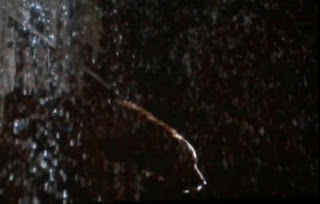 Let's look at one fact here: Jason has to run up to a window and toss Gordon the dog out a window but then, if he did, how did he got back to the basement without going past Trish and Rob?

Could Gordon be the first dog to commit suicide? Dun dun dun!....

Q4: If Jason melted in Jason takes Manhattan, how did he got back in Jason goes to Hell?

A: Let's recall how crazy Jason Takes Manhattan was: It had Jason teleporting in ninja stealth, unexplained illusions, dogs somehow getting down from ladders and Jason turning into a little boy after the toxic wastes drains down!

It's possible that Jason survived the melting and gets washed back (or get up and walked) to Crystal Lake since New York doesn't really pay much attention to pulpy masked freaks and all that shit those two New york lovers saw was from the gas in that toxic sludge. You can even tell that he's been toxic-washed by his melted-fused mask in Jason goes to Hell.

So yeah, apparently, he can survive anything...I think.

Q5: Is Jason really gone for good in Jason X?

A: The ending of Jason X had Uber-Jason going through atmospheric re-entry and seemingly immobulated through Earth's atmosphere until all that remains was his mask. But let's see some sci-fi facts here:

Jason was studied here to be remarkably regenerative; his body can repair damaged or lost tissue cells more effectively than any ordinary human can, probably due to his supernatural state.  Now, Jason was remade as Uber-Jason using cell-repairing nano machines, or nanites, wherein, out of a malfunctioning computer, they used the surrounding metal to make up for most of Jason's lost limbs, organs and head. But given the fact that the Nanites apparently can only do this to someone with a high chance of being revived, it means that Jason was still alive even after he was shot headless. That being the case, then there's a good chance he can still recover from the impact. 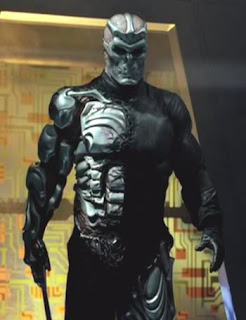 Second point is that Uber-Jason's is technically a cyborg made from a powerful alloy that can withstand bullet shots, massive explosions and even the strong pressure of space. Despite we can clearly see pieces of him being torn off during his re-entry, being remade partly metallic gives him a high chance of surviving this. (just think of those NASA space probes that sometimes come back in almost one piece, what are the odds Jason can end up like that, too and use his regenerating abilities to fix himself?)


A debatable notion can also come from one of the movie's scripted endings, wherein a hand shot down from the water to pick up Jason's masks. This was never shot and no clear indication was given to whether the hand was Jason's or not, the probability is still half and half that Jason lives...again.