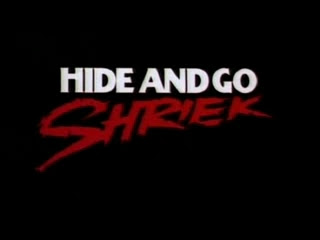 Hide and Go Shriek. A slasher entry that I paid no to little attention until I decided one day, out of no reason, to watch it out of the unexplained reason to complete experiencing every 80s slasher title made. The final verdict: mixed results. 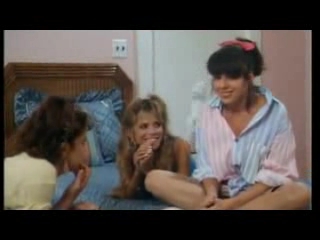 The film is about a group of fun loving teenagers hoping to do fun things in the funnest place in the word: a Furniture shop! (Wait, what?) It just so happens that one of the boys in the gang had his dad owning the place, so during closing hours, they snuck in and do what every teenagers in this kind of films do: party, have sex and do every single thing that would mark them as dumb, like, in this film, play hide and seek to split up and have a sex spot all alone for them.

But someone is inside the furniture store with them. Someone angry. Someone homicidal. But who could it be?  One of the boys? one of the girls? The ex-convict hired as a security guard who just so happens to be living in the building's basement? Or maybe its... 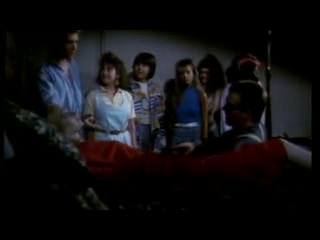 Hide and Go Shriek is definitely a late eighties slasher: from giant sized hair to multicolored wardrobes, it all thins down to the film's minimal budget that had everything in this film almost obscure. But thankfully, it's not bad enough to have me ranting about how horrid this picture was since it did come off as entertaining at some places.

It runs slow at first, jam packed with muy macho-sex crazy teen talk and pointless tour scenes that are frustrating to watch, but when the murders starts and people start to die one by one in fairly bloody ways, it kicks off the adrenaline and had us back to our familiar grounds no sooner. 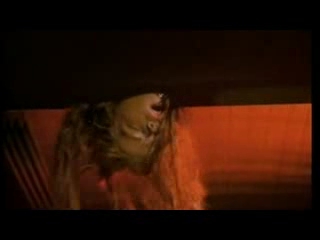 Being a store slasher, Hide and Go Shriek provided a decent premise for a good stalking around a darkly lit place, with plenty of furniture to cast shadows and ornaments to have as murder weapons; the killer even pushed it a little further by having them change disguises to that of what their victim was wearing, fooling everyone. (but us, of course) Sadly, the film's dim-lighted made some of the kills slightly difficult to see, and the minimal budget restricted the film to some pretty cheap effects.

The finale can be a mixed bag of sorts; while I do find the twist clever, though out of the air, some may find it homophobic. It is, actually, but not as shocking or deep as that of Dressed to Kill or Silence of the Lambs.

So is it good enough for a watch? I would say yes, but keep in mind that it ain't all that great either.