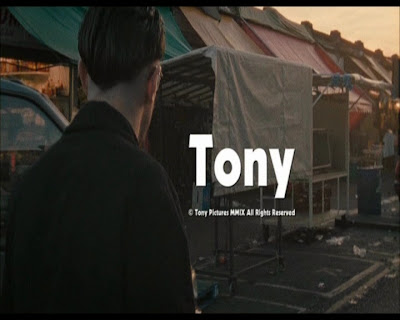 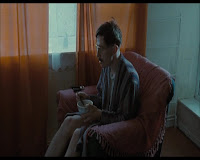 I heard very little about Tony other than the fact it centers on the life of a loner who's obsessed with action flicks and has a nasty habit of murdering people. There was nothing else and the simplicity of the story got me intrigued but never enough to go looking for it until, as of writing this, I got my copy a few days ago at a bargain store and it certainly is just the life of a serial killer.

Tony Benson, who spends 20 years of his life unemployed, lives alone in an apartment, watches action flicks all day, hardly socializes, and occasionally lures people into his home, drugging them and then killing them. 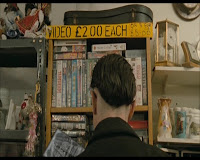 It's nothing complex, nor extreme, but a look into a serial killer's life was never an easy experience. What makes Tony an interesting character was that there's very little hints to why he's doing it all; clearly he's a sociopath and a psycho, but why he became this way was hardly clear, making the whole movie in-media-res of his madness and simply places it that he's just crazy.

True enough, there are no clear pattern to not only his murders, but also to this life as he can be seen trying to mingle, get a job, go to gay bars and attempted to do drugs, but his belief that he's different from them all kept him from adjusting, even as far as talking to his reflection and calling himself a "soldier" and then a "pile of shit". At times, he tries to stop the murders but he just couldn't cut it that easily no matter how much he wanted to. 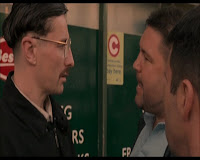 I'm seeing a lot of similarities in Tony with serial-slasher films such as William Lustig's splatter-slasher classic Maniac or the cult-fave Henry:Portrait of a Serial Killer, wherein the one of film's biggest strength came from the portrayal of the titular character. Playing Tony is Peter Ferdinando, who's looks and scrawny built made Tony a random psycho that can really appear everyday. He has this calm fatigue but the way he acts shows how confused and desperate his character was, a performance forced a lot of awkward scenarios that's both pathetic and disturbing. There's also some sort of social commentary concerning the underbellies of London, not entirely different from Maniac only Tony focuses more on the day time monstrosities from the homeless to drug pushers, portrayed with a slight sense of grim realism despite it's horror core. 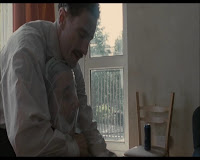 However, in contrast to Maniac, the murders are nothing that extreme. Most of them occurs offscreen, while some are just too tame. Least the camera work was lavishing, and too the cinematography of the film which features some beautiful shots of London.

Another thing that I've felt anomalous about was the missing boy angle; it's there to build tension and forces viewers to guess whether our titular killer did went as far as child murder, but in the end it all lead to nothing, ending on a final shot that's too open for some people's taste.

Tony might be a film of easy pleasure but it's disturbing and perverse enough with some dabbled bits of morbid humor. It's also a film worthy of attention but I wouldn't say it is going to be for everybody.