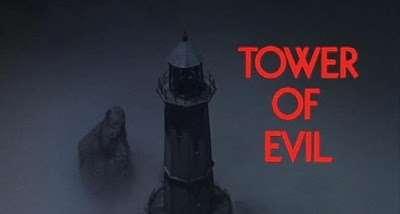 Lo and behold, the one movie that made me say "No way this was made in the 70s!" 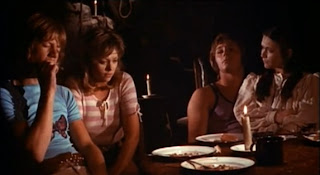 Yes mate, this little devil packs quite a punch behind it's high class yet cheesy title, mixing the gothic premises of mysticism and artsy gloom with slasher cliches of sexually active (and I mean Sexually Active) teens, faceless killers, and creative demises. Tower of Evil is one overlooked and, perhaps, one true examples of a proto-slasher.

Opening with a pair of boatmen hoping to reach an island to avoid a foggy bank, they find themselves beaching into the small yet infamous Snape Island, which is now littered with dead youngsters and, in its broken down lighthouse, a naked and hysterical girl who proceeds to knife one of the boatmen to death. She's soon knocked out by the other boatman and taken to psychiatric care where, through hypnotism, we find out what happened that led her in this state.

But this is only half of what this movie is planning; while the girl is being treated, a group of treasure hunters decided to ship to the very island itself to find a lost Phoenician treasure despite the news of death and madness. But when shadows are seen lurking about and a rotting corpse of a woman is found placed in one of the rooms, it soon becomes clear that they're not alone. And safe. 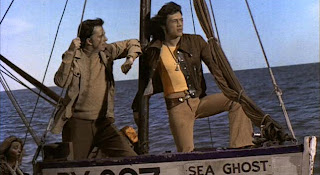 Tower of Evil pretty much sets itself out the rules we all know and love, while still exhibiting a few original runs for itself; the "sex + death" formula gets used here early on, showing how the teens met their demises after having some explicit nudie time with their love buddies and smoking some pot. Other present slasher cliches were also observed here including the ever popular group splitting up, leaving the girls in a room where they're completely vulnerable, and ole' use of the killer's POV shots for manic effect. It as well showcased some red herrings involving mystic cults and bouts of madness, which ultimately lead to a decent twist reveal in the end that I honestly didn't see coming.

To add to my joy, the movie isn't shy on exploiting its killings too as they were far from tame, varying from a savage billhook hacking and an antique sword impaling, to the usual shootings, beheadings and knife stabbings, with effects splatter worthy enough to delight hardcore gore fans despite the early visual effects. Add the use of fast-cutting subliminal shocks and the countless screamings, Tower of Evil even has its moments that it's unnerving. 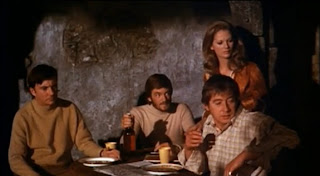 On another technical note, the movie has this well-appreciated quick pace, thus there are barely any scenes here that drag the film down; even when the casts are just discussing, the gothic tone of the film makes it all bearable as it is intriguing. The only drawback from this is that the cast are variable and the attempt to do an American accent can be a bit distracting coming from these British actors. It's not a big clod, but just a fair warning that it can be a tad off (this is a low-budget exploitation flick after all, as you can tell by the island and the lighthouse themselves being stage bound) but in comparison to some other low-budget exploitation pieces, the casts of Tower of Evil managed to deliver their roles superbly and somehow keep a high class feel to the whole movie. 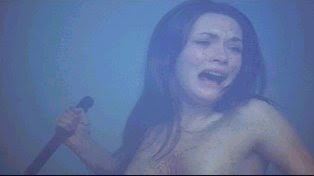 With a decent bodycount, sleaze, and cliches, Tower of Evil has a little of everything you can hope for an 80s slasher with a 70s flavor. Simple and easy to take in, highly recommended for a true slasher fan.