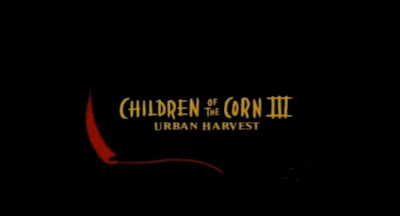 In this third installment of the Children of the Corn franchise, we have teenager Joshua and his kid brother Eli (the latter being this film’s child preacher who’s obviously in-lined with He Who Walks Behind the Rows (still a mouthful to say)) running away from their drunken dad when he starts to go scythe happy at them. When pappy gets a little too close to our child preacher, he gets a dose of the ole corn god himself by having his limbs split off from the sockets and his eyes and mouth sewn shut by vines, turning him into a human scarecrow. Before leaving, Eli buries a book under the feet of dad-crow and left with his brother to the big city of Chicago, to be adopted by an agricultural entrepreneur named William and his wife Amanda.

Now experiencing the big city life for the first time, Joshua does his best to fit in, which he actually does pretty well compared to Eli, who spends his free time tending to a secret magic crop he made inside an abandoned factory.

However, Eli's work soon begins to influence the students under the teachings of HWWBTR (even in his acronym form, it’s still a mouthful) and starts to recruit them as his personal child cult army. When suspicious adults start to stick their noses into his business and die at Eli's hands, Joshua realizes the evil within his brother and that it’s only a matter of time to stop him before his god takes over the city’s youths. 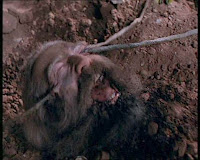 Children of The Corn: Urban Harvest marks the film’s decent into cheap franchising seeing there are a lot of scenes here where you can tell the film's low budget, thus it comes as a little distracting at times despite the understandable intention to outdo the two previous movies in term of theme and visuals.

The plot of Urban Harvest is actually more on the conflict of influence, showing the possibility of “globalizing” the corn god’s madness and his hold on the children, though it is noticeable that the so called “children” here were more like silent teen disciples rather than the banding killers of the previous two entries. Only one child seems to do all the work, so we might as well rename this movie "Child of the Corn: HWWBTR Takes Chicago" but I'm pretty sure a lot of folks would be expecting a comedy out of that one...

Much like the first movie, the religious tone is ever present here, only the cult’s religion seem to be more personal as it switches the hellfire and brimstone Old Testament Christian ramblings for a more cult-like entity, diving further unto the good vs bad theme. Not only that but the deity worshiped by the cult is physically evident, giving a stronger backbone for the supernatural angle as the majority of the kills and scare scenes are supernaturally fueled, with the corn god and his current favored son spewing out monsters such as a killer scarecrows, zombified heads, a living Mother Mary statue (My favorite.Very unsettling.) and, in its unusual climax, a giant monster from nowhere.

The latter creature actually got me frustrated for a lot of reasons; what was that thing to begin with? He Who Walks Behind The Rows in the flesh? Eli's true form? My mango-sized dump which just so happens to have fallen in a barrel of toxic dump? Not one explanation was given but I can assure one thing and that is it is cheap; the whole attack scene involving this randomly placed monster had me wondering if I was watching an episode of the Creepy Puppet Project in Matt Ficner's Youtube channel (look it up) since you can tell that's an miniature puppet monster, eating dolls in place of victims. It's dreadfully unsettling if not overly hilarious.

Other than that, the whole film suffers from tacky editing and rushed visual effects. (In one kill scene, you can actually see the tube for the fake blood pump sticking out of one of the dummies) Scripting is mediocre but frankly forgivable since it does work once in a while. And with it's Omen-esque take on the whole franchise, Urban Harvest, with it's cheap tricks and stretchy concept, somehow still found a way to make itself entertaining. Perhaps it's silliness and some bits of awesome kills are what makes it so bearable, which in comparison to the latter sequels such as Field of Terror and 666: Isaac's Return, you can tell this one's made entirely for the purpose of being a popcorn companion. 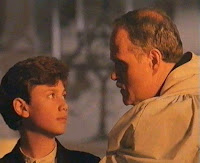 I guess what I'm trying to say is that you can hate Urban Harvest, but you can (as well) waste a fair portion of your time enjoying it. It's a love it or trash it flick that is easily forgettable, unless you're into tentacle fetish or corny plotting and effects. (Hehe) Apparently I'm not desperate enough to praise this film all through out and I still prefer the next film that comes after this entry...