Nightmares in the Dreamscapes: The Slayer (1982) 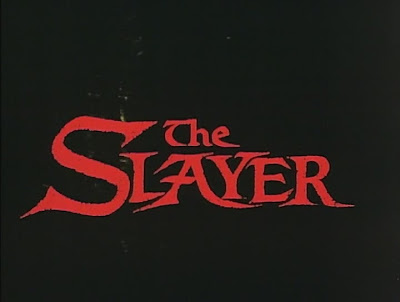 When Kay, a married artist, finds herself haunted by a recurring nightmare involving a burning house and a ghostly figure in the midst, her husband arranged a weekend getaway to an isolated home in the middle of an island to ease her from these dreams. Tagging along her brother and his wife, Kay tries to forget the unexplained dread she was feeling but finds this impossible when the isolated home they'll be staying at resembles the very burning house in her dreams. And in no surprise, there's also something lurking around the island, killing anybody it can grab hold to. Something called "The Slayer". 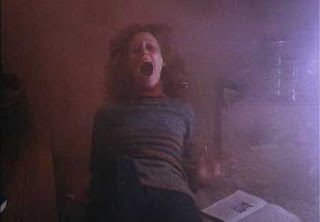 And that's probably the whole movie in a nut shell. The Slayer doesn't really stray much from the plot and basically, everything about it is predictable; we all know they're doomed the moment we see that the house was the same one from our lead character's dreams and paintings, and we definitely know that the killer is more than flesh and bone. Supposedly, it's a basic slasher film but somehow, it found a way to make itself more than just the standard hack-and-slash. 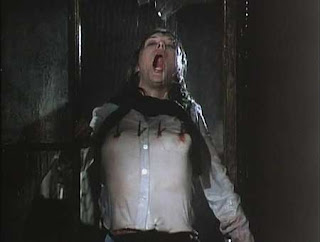 For one, the story focused more on Kay's psychosis and paranoia, giving a sense of dread and uncertainty throughout the movie. And the fact that these aren't young teenagers being hunted and killed here, gave the supernatural angle of the movie more power over the mature, realistic and idealistic nature of the victims. It also has some very brutal gore which gave this film much worth to be addressed as a Video Nasty. I cannot tell if, by today's standards the impact would be the same, but truth be told, the colorful murders of The Slayer did made the film's tedious pacing a good worth.

So, as much as I find this a tedious and lagging walk through the usual routes, The Slayer is a good film in the end, which is also a good twist that the slasher world had to offered to us. 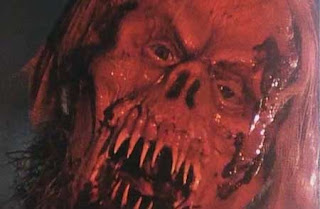 Bodycount:
1 male had his head bashed open with boat paddle
1 male decapitated on a cellar door
1 male gets his throat tangled with fishing line, dragged into the ocean and drowned
1 female pitchforked through the chest
1 male shot with flaregun
total: 5
Posted by Kaijinu at 11:01 PM