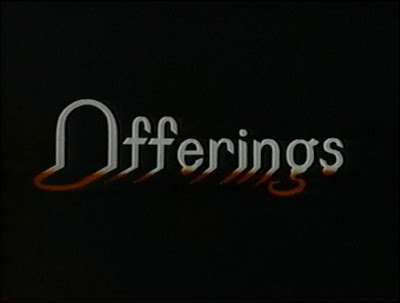 Oh look, a slasher that shamelessly ripped off Carpenter's Halloween. Gee, probably a lot of them by now...

A very quite kid falls down in a well one day after a group of bullying brats accidentally startle him. The only one who showed concern was the local nice girl who actually tries to befriend him. Now ten years later, we find out that the boy survived the fall, ate his mother along the way for some reason, and is stricken mute and catatonic until one night in 1989, when he finally breaks his ten year silent treatment and begin hunting down those pesky kids (teens by now) one by one. All while giving parts of them as an offering to that one nice girl. 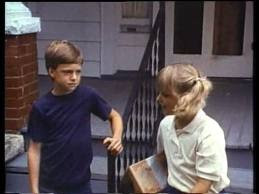 While it does sound good in paper (I think), Offerings lost most of its energy by the time our killer made it half way through the guilty ones, leaving us with no more than a slow and utterly corny ride down to bore road. Not much saves this film from obscurity as it is littered with poor scripting, a blatantly ripped score (Halloween. That score is Halloween's! Get yer own!), cheesy acting and lots of plot development that just doesn't add up. (Why did the girl who saved the boy ended up being friends with such dumb and nasty kids? How on Earth did the killer ended up catatonic after eating his mum? How did the killer find the time to grind and cook them meat during that pizza scene? Etc.) Some of the kills do stand up (particularly a certain hanging that's darkly comic and brutish) but that's barely a reason to give this flick even a chance. 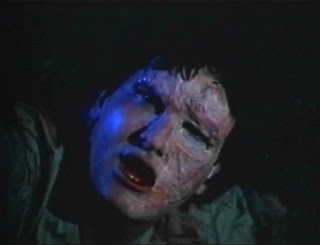 The late 80s is often considered the weakest year of the slasher decade, but I never knew it would stoop this low. Offerings is very unsure and tired, making me wonder if this is all even worth watching or made in the first place. Heed my warning and just skip this.