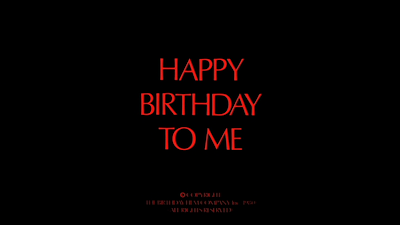 From the director of the original Cape Fear (1962), J. Lee Thompson, comes one of the grandest and most shocking entry in the 80s slasher boom. 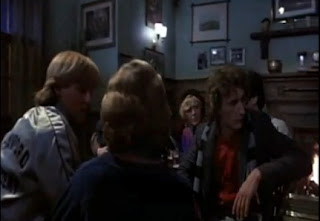 Virginia "Ginny" Wainwright is one of the Top Ten of Crawford Academy, a group of young, rich and well connected students who frequently meet at a local pub known as the Silent Woman Tavern near Crawford's campus. Ginny, though beautiful and smart, shares a handful of repressed memories involving a harrowing drawbridge accident with her on-call psychiatrist Dr. David Faraday, who attempted to save her life by putting her through an experimental medical procedure involving surgery to restore brain tissue.

Still, that doesn't stop her from enjoying life as one of the popular girls in school; in fact, she shares her happiness with her late mother night by night by stopping by her grave before walking home. But as Ginny resumes her life, her fellow Top Ten members start to get picked off one by one in vicious ways. As her 18th Birthday draws near, Ginny's lost memories begin to resurface and her psychosis dwells deeper into dementia as she goes through each episodes. When she's left on her own this one night her father leaves for a business trip, could she be next on the cutting board? Is someone after the Top Ten with a grudge so strong that it leads to murder? Or could she be the one responsible in the end?

True enough, Happy Birthday to Me is pure on slasher panache but what sets it apart from the rest of the simplistic thrill rides that mostly dominated these years is that, plot-wise, the film is engaging all through out. 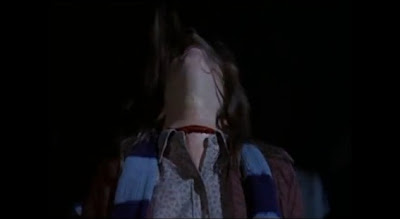 First, when it comes to doing what a slasher film does, it does well; the murders (stated here to be six, but we all beg to differ) are generous when it come to the red stuff and more. Bizarre is a word used with a stretch as only three of these murders are done off with unusual murder weapons, including barbells, motorbike wheels and the now infamous kish kabob skewer. The rest are general routine kills but nonetheless bloody enough to let lots of the red stuff fly off the room and well built enough to be enjoyed by any fan. What makes them intriguing is that the victims knew the killer, a good set back to have us wondering who could be committing these murders. We can tell it's someone close to them, as these unknowing kids wouldn't even hesitate to strike a casual conversation with them, but among those surviving, it's not too soon that Ginny's the only one left. So could she be the one killing her friends behind her demure looks, or is there something bigger scheme behind it all? 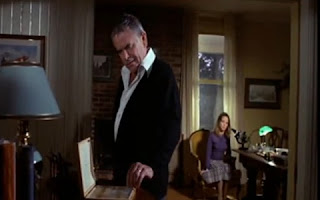 The finale of the movie is perhaps the best I've seen, wherein a macabre birthday party of rotting corpses (both fresh and not) propped up as guests in ala There was a Little Girl (1981), with a clever twist put into it. No one saw it coming and it's not exactly out of the bloom; it's cheesy, yes, but I wouldn't want it any other way.

Likewise, the whole whodunit angle made Happy Birthday to Me easier to adore for me. Yes, this angle is flawed as it gave up cat and mouse thrills, save the opening murder, for steady tension and building kills prolonging the movie to almost two hours. (Which is really too long for a slasher flick.) A general slasher is almost stale without a good stalk-chase-kill scene, not in Happy Birthday to Me's case; what it lacks in stalkings make it up with story and that uplifts this from the cliche-ridden runs and into something more of a mystery thriller with gothic horror elements, such as thunderstorms and, yes, the macabre party. Adding to this is the melodrama take on Ginny's life, both present and past, where we learn in each episode what really happened the night she lost her mother, giving us some possible hints to who is, or are, the murderer/s in this story and what perhaps motivated them. 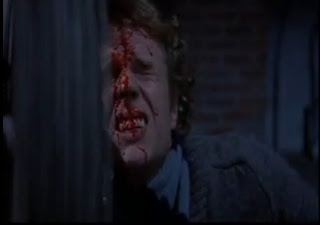 Casting have us a group of young thespians filling out shoes of well written and likable characters. Unlike most slashers that had us rooting for the killer to end the lives of well deserving teens and their dumb choices, the Top Ten, as snobbish as some maybe, ate not completely archetypal and you can easily tell that they're chummy with one another and generally supportive in their own ways. The murders are there to thin down these casts and provide lots of shock for the audience for both on the heavy gore and the sudden, unreasonable deaths cast upon them. Melissa Sue Anderson was a fine lead, whether she maybe the killer or not, and she is well supported by another excellent name, Sharon Acker.

In a more technical view, Happy Birthday to Me is beautifully shot with a stylish camera work and I really love the movie's haunting and child-like score. Also deserving of a good recognition is this movie's ending theme, a song written by Molly-Ann Leikin and performed by theme song performer Syreeta. 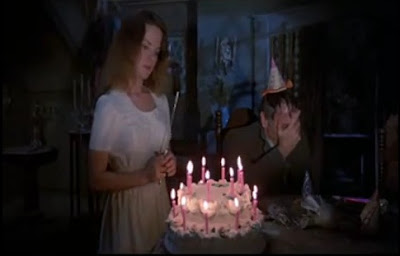 Shocking, mean spirited and all through out thrilling, Happy Birthday to Me's reputation as a Grand Guingol example of a slasher flick with class is well deserving. One of the best there is for the 80s.