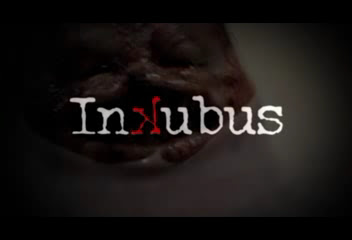 The overwhelming cheapness of this film can't seem to find a better hiding place. Yes, some brood had the molla to cash in genre veteran Robert Englund as the titular character, as well as William Forsythe, whom die-hard Devil's Rejects fans would recall as the hand-of-God avenging sheriff Wydell (a character whom I respect all the way), but it appears all the sweet funding went to these actors alone.

Told in a series of flashbacks, Inkubus is a thousand year old demon who may or may not be responsible for the unsolved cases of murder and mayhem through our history including the Jack The Ripper murders and even The Black Dahlia. A police station's crew unknowingly put in a suspect of a murder into their hands, who himself blames the death of his girlfriend on a shadowy figure who just appears out of nowhere. In luck, said figure was Inkubus, and he decided to show up with the severed head, prompting and taunting the cops to book him.

He had some unfinished business with one of them 13 years ago, as he nearly died at the hands of a mortal. Now to settle his score, he puts them all in a situation that only he can win, and they will die.

While I'm glad to see two familiar faces from the genre we all loved so much in a cheapie like this, the gallons of fake blood and the practical performance may be the only thing saving this film from obscurity. Shot in with a Cannon SD (which they pride the digicams at the ending credits), with a running time of an hour and twenty minutes, it's barely a step above anything that you could easily catch in TV.

Some good thought was on the mark; instead of plainly being another slasher film, Inkubus shares the grue with psychology, and plays a good game of find-fucks quite a decent time. It plays around with the theme of personal demons, a thought that went for the jugular around the near end, which may take some time to figure out with the film's sluggish pace to blame. Sadly, the execution of this idea isn't well handled, and it gets too complicated to understand in the end. Some good practical effects are thrown in, a devilish surprise for me, but I can't say the same for it's CG, which sometimes ruin the film's look and end up trying too hard to be something. Actors other than the two were fine; I'm quite shocked to know that a member of NSYNC was playing a lead role here, and the rest, while nameless, was decent for their parts.

The result is one movie that only (some) horror fans could understand. It's not a movie I can recommend,  being only it's gore, theme and Robert Englund as it's main torch-holder. Perhaps fans of cheapie movies and Mr. Englund would open up for it. The rest can do better.

bodycount:
1 pregnant female demon broke out through her womb
1 female decapitated with blade
1 male found hanged and disemboweled
1 male pacemaker radiates via microwave, chest burned open
1 male punded to death
1 male spine ripped off from his back
1 male blade through chest, exits to back
1 female sliced in half with blade
1 male shot himself at the heart
total: 9
Posted by Kaijinu at 9:53 PM