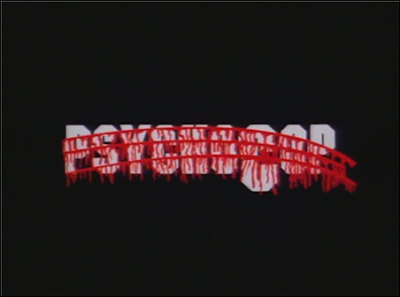 I am aware that the corniness of a horror movie can sometimes be a secondary life-saver from the point of view that it's so bad, it's good! But when one douses everything with cheddar alone with very little to cover for, it could lead to disaster. Like a real disaster.
Take this movie, for example, released a year after the initial cult success of Lustig's Maniac Cop (1988), Psycho Cop follows the same creed and introduce to us yet another killer in blue uniform. That to say, the only distinguishing feature that separates this generic shmuck from Maniac Cop's titular killer is that he's Satan's biggest fan and all his killings are for the dark lord almighty. In fact, he's so much into worshipping Beelzebub that he decorates his hideout with human blood, draw pentagrams on dirt and nail cats on trees while writing 666 in its blood. Stereotypical worship, but hey, it's his life.

Tainted with staleness from bad acting to bland characters, there's frankly not a lot to go by Psycho Cop in regards of interest save from the fact that our loon further hammers the ham in with his take on wise-cracking. I mean, you can't go wrong with wise-cracks when you're Freddy Krueger, but if your psycho spits out verbal nightmares like "I'm going to have to throw the book at you!" or "God? Hah! God has nothing to do with it! ...If you know what I mean!" and then laughs a hardy laugh ala robot, then they have every right to remain silent. I mean it.

The murders are decently fair, though. They're well orchestrated and unique at their best but I'm not that shallow or desperate to give a movie five stars for it. I would if I had fun, but as you can see, I didn't have fun. At least not all the way. It's not necessarily a bad film for that case; I suggest a whole keg of beer before, during and after the show to numb its shlockiness unless you pride yourself as a lover of overcooked cheese and just goes with the flow.

You can't go wrong with a silly movie to watch like this when it strikes you. For all it's crazy one-liners, hastily written script and paper thin characters, if you fancy bad movies or just see yourself an 80s horror flick completist, then this nightmare is yours and yours alone. In fact, if you see this as a comedy movie I wouldn't blame you. At least this film knows its place. God forbid if it tries to be anything like Maniac Cop... 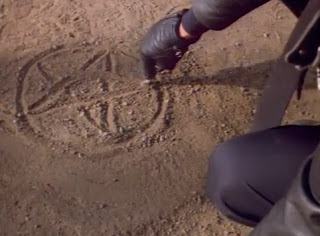