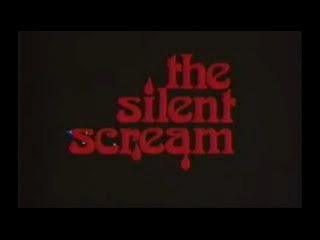 I never really wanted to see The Silent Scream. The sound of the title alone was uber-cheesy with a hint of forced sophistication but seeing that I run this labor of fan-hood love of a site, I took a chance and watched it some night ago with little idea what it was about. In a fair twist, came to enjoy this psycho-drama while nitpicking on a few details. 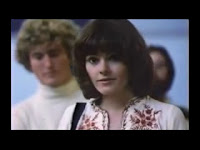 Scotty Parker (Rebecca Balding) is a transfer student who finds her only hope for a campus accommodation is at Timber Cove Road, where a beautiful yet gothic looking house overlooks the tiding waters, owned by a geeky teenage boy and his mother. With the company of three other students, Parker begins to take notice strange things around the house, not knowing that overlooking its near-rotten state, deep in the attic, a figure with a large kitchen knife has ripped through the wooden boards that kept it prisoner for so long. As soon as it got out, the bodycount starts...

While it had a high-class feel to it, Silent Scream was more in touch with the likes of gothic set-pieces such as Psycho (1960), Fulci's House By The Cemetery (with lesser extent), or even the superior The Unseen (1980), with just as much take on the teen-slasher as many others that came on its decade. 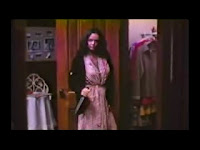 Sadly, the cliches of the plot is momentously tired and the usual get-up of a twist in the middle was a certified presence.  I do come to appreciate its humble atmospheric feel; the creaky floorboards and the use of shadowed corners had the film's mood purposely straight with zero cheese, which is something I can applaud as its not everyday I get to see a slasher film that stays true to its purpose to scare. The opening itself was a view-getter for me, got me watching the moment them cops inches away in slow-mo to an apparently hinted conclusion. Ironically for a slasher, the count in this is low when it comes to the actual murders (not counting the ones in the climax, there's around two stalk-and-slash worthy moments), but they're jolty enough to keep a fan satisfied.

So does this make it a good film to watch? Yes. And Am I a fan now? Hardly. While the heart is in it's bloody place, it didn't really raise much of a bar for my viewings. Still, it's not the usual get-together for me to see a half-way decent cult film, so I think I'm just happy enough to at least had seen it.