Short Shear Terror: Into The Deadlights (2012) 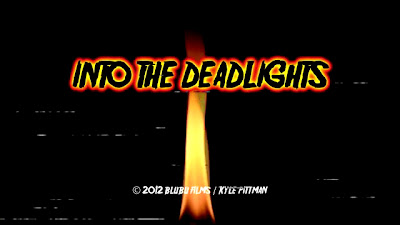 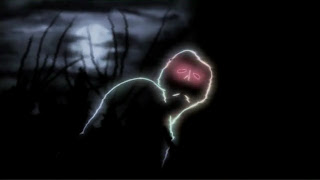 Okay, so I'm trying to find myself a decent animated slasher flick to add some uniqueness for this slasher blog, and not counting this, I only had seen three animated features that remained loyal to the stalk and slash genre. It's kinda disappointing for my part; I'm really aching to see a good horror animation with a decent bodycount and much slasher film theatrics. I always saw art in fictionalized murder, and to combine it with animation is my wet dream.

Lately, Vimeo is my secondary brooding ground for short films. Comparing it with Youtube, the productions of the films shown there is far better most of the time, and in its moments, they're packing with the good stuff. And this is where this four minute short comes in.

Into The Deadlights is an experimental animation that pays a homage to 80s backwoods slasher. The story is minimally thin; just a killer killing teenagers around Camp Pinewoods, but I'm impressed by most of the animation done. Normally, I wouldn't criticize art styles; an artist's art style is its signature, but I could say that some of the character's design and anatomy could use some work. (Unless, like i said, they're intentionally made to look like that) 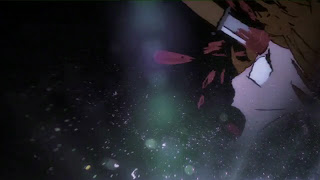 In contrast, the simplistic design of the phantom killer, a ghostly figure with a supernatural hunting knife, gave it a detailed animation when it comes to murders. I honestly find the killer to be rather intimidating and that's a kudos for the guys who came up with him! Same goes to the animated murders, who put as much creative use for a simple hunting knife as Jason did to his machete and enough animated gore to add. The only drawback was the short's weak ending. I never understood it beyond the context, but it appears the final victim was possessed and became a host of some sort, but the ambiguity is overwhelming and it left me with an unsatisfied taste in my mouth.

It works as a short way to keep your slasher fixings momentarily satisfied, and as an experimental film, it's good enough. A good story might go with this and perhaps, maybe, a higher bodycount? (wink* wink*)