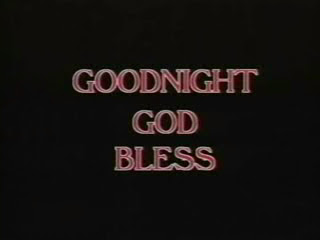 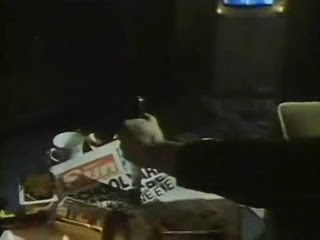 Well, firsties, the opening: a priest is seen walking to a schoolyard full of playing children and sticks a giant knife through a teacher's belleh and shoot five children to death. One young girl named Mandy managed to survive the sinister minister's rampage when his gun clicks an empty chamber, letting her live and becoming the prime witness for the police as well as a target for the killer.

Now, this is when things got "interesting"; Detective John and his American immigrant cop partner Joe checks the massacre and interviews Mandy, who curiously is in high spirits even after witnessing such monstrosity and somehow unable to describe the killer's face. (Kid, you spent ten second looking at him at gunpoint, WHAT DO YOU MEAN YOU CAN'T REMEMBER?!) 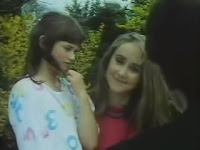 What came next is a uneven blend of two opposite scenarios that either concerns Joe hitting on Mandy's mum, Lisa, through various cheesy montages that got me laughing my larynx off, or the killer priest doing some killings on random folks and prowling on Mandy's family, with the latter a failing embarrassment as it turns out priests' mortal enemies are lamps no bigger than your head! Still, he did gutted up a random lady and a dog. That has to count for something, right? 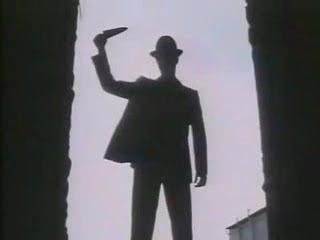 Alright, so Goodnight is obviously not the best thing concerning a UK released slasher film as it's a tired little baddie which can only be praised for its unintentional comedy and fierce cheese. With this note in mind, I sortah like it as a badly made laugh-riot even if it slows down and nearly bore me in media res, and that romantic fromage is far from...well, romantic; as far as I'm concerned, I could easily laugh my pains away from watching this dreck, with the help of my friend, Mr. Cider! (non-alcoholic and sparkling!)

Any serious undertakings should be avoided, including that useless trope to hide away the killer's identity, who later revealed to be, um, let's say "faithful' to the box cover art and to it's UK title "Lucifer", since even the plotting itself had no focus on the killer or any potential thrills and/or scares.Whether you like it or not, any plans to give this film any more of a deserving light is best kept to yourself as a guilty pleasure.