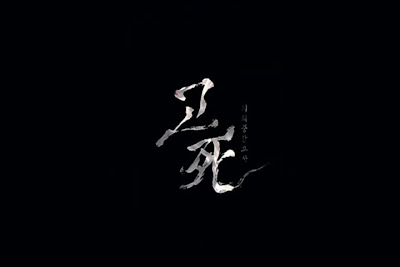 At Chang-in High School in Seoul, examinations not only marks how good a student is, but also how well they will be treated in their current and future phase in life. Names will be made. Names will be trashed. It all depends on how well you're scored in your test papers. 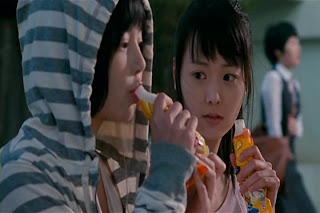 It is the end of the school year and those lucky enough to hoard a good mark on their exams will have the chance to attend a Saturday study session to prepare them for a test competing with foreign schools. Not exactly that exciting for them but it is an honor all-together, with some students thinking little about the study session and not letting it stop them from letting off some steam. Our lead girl Ina is among the confident ones sure of her passing, living up the night before the weekend partying with friends and being flirted upon by the school heart throb.

However, Ina has troubling matters eating her inside, apparently linked to what appears to be the school's very own ghost story, that of a murdered girl who seems to be haunting her dreams and terrorize one of her classmates to the point that he goes insane.

At the day of the study sessions, unfortunately, all manners of awry broke loose: during their lessons, TVs suddenly show one of the students enclosed inside a giant fishtank. A voice on the P.A. system warns them and a trio of teachers supervising the classes that there will be deadly consequences if anyone tries to leave. They all will be participating in a series of death games, you see, and if they fail, a captured student will die. With a pattern in each riddle, it all becomes clear that all of this had something to do with a tragic murder from years passed and whoever was responsible for it needs to be weeded out.

Death Bell (2008) was the very reason why whenever Korea makes a slasher, I listen. While not the first Korean slasher I saw in my early years (that one goes to the creepy, High Tension (2003)-inspired To Sir, With Love (2006)), Death Bell is regarded by many as one of the better releases from Asia as a sort of cult classic. 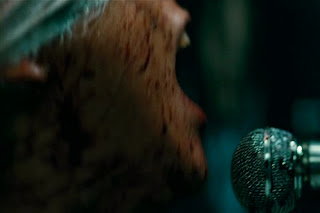 Influenced by the SAW movies and Japan's action-thriller Battle Royale (2000), Death Bell's is a welcome break from all the ghosts and cursed object horror flicks that try too much to be taken seriously, even if some of them are a little too cliched for their own good. Though the usual suspects of Asian horror tropes are still present in this film (the tired "long-haired ghost girls", the jump scares, the looming shadows, red-herring nightmares, etc), it's generally closer to that of a new age slasher movie where gore matters.

The plot twists, glamorized bodycount, and even some POV shots of the killer stalking around and kidnapping kids highlight the trappings Death Bell familiarized itself as a slasher, though, ironically, this can be said as well for the gaping plot holes that are left unanswered even if the story gave us some flashbacks to close itself in.

Still, even with its flaws, Death Bell is entertaining when it comes to thrills and kills, playing with imaginative traps and tortures from carved letters in human flesh, death by candle wax, and a spin-dry killing with box cutter blades; exaggerated at the least but highly worthwhile for gore hounds everywhere, especially those who has an affinity for the blood drenched death-machines of the SAW series. The cultural background also gave this film a fresh air as a bodycounter as any foreign slashers would, doubly serving us at least a new angle on the campus slasher trope.

Another point that I like from this movie is that its direction builds a lot of passable tension and mystery, tagging along a powerful soundtrack and a lot of turns that we never fully expect the fate of our characters; once the killing starts, it doesn't slow down nor open any turns for boring or sluggish scenes until it gets to this film's mother of curveballs, welcoming little quirks that make up for the little plotting flaws.

As a cliche-bound horror movie, Death bell passed that test with flying colors, technically doing everything that makes a slasher movie fun; gore, scares, thrills, nubile teenagers screaming, and some dab of cheese. Not exactly as emotionally heart wrenching as Korea's Bedevilled (2010) or as creepy as To Sir, With Love (2006), but as a thrill ride from start to finish, you can't go wrong with this class cursed for doom!

Bodycount:
1 female slowly drowned inside a fish tank
1 male had letters carved on his body and exposed to dripping candle wax, dropped to his death
1 male found stabbed to death
1 male had words carved on his body, later found dead
1 female tumble-dried in a washing machine
1 male stabbed in the gut with a sharpened tile
1 male brained to death with a rock
1 female snared on a leg and dropped to her death
1 female strangled with a rope
1 female strangled to death (flashback)
1 male hacked to death with a hatchet
1 male stabbed, blood splash seen (flashback)
Total: 12
Posted by Kaijinu at 4:10 PM