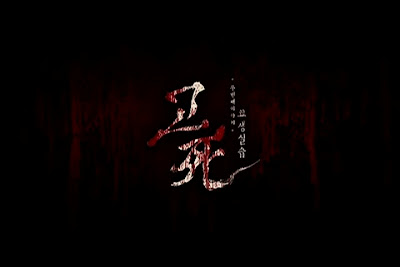 For those who remember, the first Death Bell back in 2008 was a sleeper success on its premiere; Western fans loved its gory-cliched antics as Korea took this slasher title with much ante and gusto. Not for long, this sequel was greenlit but, upon viewing, I can easily tell there's a few spiff lacking here.

Basically a rehashed plot of the original movie, our film starts off around the same high school from the first movie, everybody walking around as if nothing horrible happened a few years back. My guesses are that the school had enough moola to cover-up bad publicity, or this is an entirely different school, only "coincidentally" looking like a carbon copy of the original's. And with the same gig as before, 20 or so students passed with high grades and must prepare for a special study session, only to have a slasher in a motor bike helm kidnapping some of them, lacing medical pills, making badass bladed motorbikes and, yes, killing them off as revenge for a dark secret concerning this class and a murdered athlete some time ago.

Director Yoo Sun Dong took little effort building any tension or suspense in this round, as the story already gave away who was killed and what happened leading to the death. However, what Death Bell 2 lacks in plot power makes up for it in narrative and mystery rather than gore, interestingly seen in the movie's pacing as it leaves very little time for the kills and more on solving on who're involved in the murder that started this, as well as who could be the killer offing them now. Due to this, the whodunit plot line is considerably thought on and is even sided with a slice of high school drama, thus having some moments where it can be unexpectedly compelling and warm as it tugs heart strings in a dramatic fashion and passion.

Sad to say though, save for the two to three possible leads in the story who are also involved with the athlete's murder, most of the characters never actually got that much time to be felt for by the audience. This only highlights their purpose as meat for their demise, curiously leaving out the SAW-style " moral-in-pain" idea and just get on with the killings like an ordinary slasher. It's not as gory as the first Death Bell, but these murders still pack some innovative set-pieces like one that takes place along the school corridors with the killer riding a motorbike with metal spikes on its wheels. It's an oddity of a scene, ripped out of the world of Mad Max (1979), but it kinda works in a badass cheesy way. 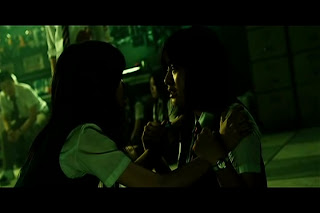 All in all, Death Bell 2 is a standard follow-up to what is a rather strong foreign cult classic. It may lack the same raw execution and gore power that the first film have but, in terms of narration and mystery, this one has ideas and knew how to handle it at a level. Far from perfect but still a fair shot for what it is.