This is why Golf isn't for everybody's patience: The Greenskeeper (2002) 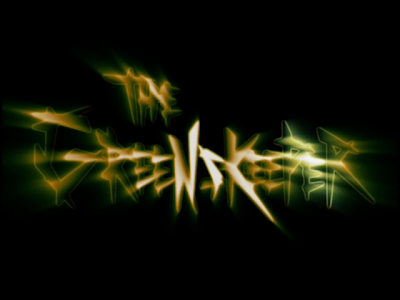 Call it a blessing that I've only saw this movie as a TV flick as it eased me the burden of keeping it as a video and filling up my collection's little left space. It has its moments, but ultimately dropped a few feet away from being a decent watch.

A series of brutal killings are happening around a posh country club, rumored to be the handiwork of a thought-to-be-dead boogeyman known as the Greenskeeper. While this is happening, we follow a dope loving slacker who practically owns the whole turf thanks to his mum's connections which may or may not include these murders as well. Then again, it wouldn't matter cuz he doesn't care much about it until his little love interest is put to mortal danger as she joins a  group of club jetsetters for some after-hours partying. As of any movie of this genre, the Greenskeeper decides to crash the party, armed with golf equipment and landscaping tools, and begins picking off one snob at a time and it's up to the slacker and his little crush to stop him. Not exactly the heroes to root for but what can you do? 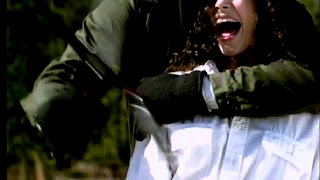 I am maybe alone in this, but I find the balance of both horror and comedy to be crumbling in this title. I don't see much horror here and the cheese level of this film is off the roof. I could laugh at it as a comedy, but to cringe as a slasher horror? Don't make me laugh.

I'm a good sport when it comes to comedy and I'll admit The Greenskeeper had it's chuckle-worthy moments, but I don't see it as anywhere intentional here; the opening montage itself made it clear we're not running for scares here, with a Sitcom style entre' to the would-be victims and potential murderers. After that, it's a tirade of bad acting, bad dialogue and cheap sets to choke a hungry horse, and perhaps one of the lamest excuse of an "urban legend". I mean I know we had killer dentists, silencing Ice Cream men, homicidal paperboys and even a foul-mouthed turkey, but are we that desperate to see a greens keeper kill? I'm not really thrilled with the idea, but it's there, and It's not going anywhere, much to my digress. but moving past that, as the film progressed, the jokes got tiring and less thought of. It's staler than stale and ill-paced. It tries too hard to be funny, which pains me more seeing  it's going nowhere. 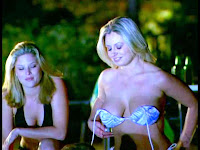 In the gory side, the kills are a fine bunch. It's not everyday we get a divet-puncher holing two lovers in tryst, or a get killed by a golf cart, but they made it worked, and gored it up with the warm red to make it all the horrifying. Or at least they try to.

The Greenskeeper is too much of an intended slasher to be a spoof, but it's so bad that it ended up like one anyways, and I'm not saying this in a positive light. But if you love municipal wastes then go indulge in this poison. Enough said.