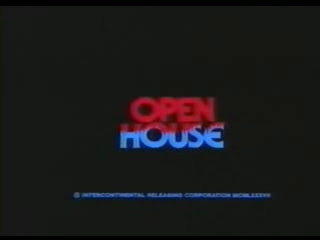 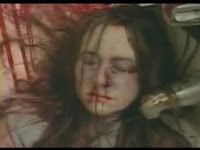 Open House falls in between trash and treasure; it's badly made, too campy for its own good, and yet it boasts a rather unique Modus Operandi that no slasher of its era had taken yet, and too some juicy killings to add. Anything but good? Definitely. I think I'll settle in calling it decent!

The movie revolves around a series of killings targeting open houses, where agents (and sometimes, they're clients) get snuffed by a vagrant who has an appetite for dog food. Said killer hobo also has a knack of being a big whiny wuss as he constantly snarls his grudge towards real estate agents through a second dime psychiatry radio show hosted by our hero, Dr. David Kelly. 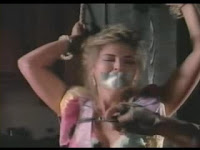 Now, it's no mystery how the killer kept finding open houses; early on, Kelly's girlfriend, Lisa Grant, trashed a copy of the open house listings which was scavenged by the same nut who's out to invade them one number at a time. So that's one complications for our part down, what came next is an unevenly paced run to the finish where more agents bites the big one, more pansy radio talk, and police work trying to uncover the identity and location of the killer before he murders away the last agent in the list, Lisa Grant. (surprise, surprise) 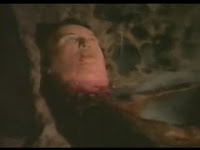 Well, I'll be honest, it's not really anything worth bragging about; the execution of the script is left much to be desired when it comes to the scares or even gore. In turn, its failure to come out as a "serious" horror flick was so bad, that it's comedic as the cheese was ever present though not always enough to lighten some of its boring scenes. It steadily worked its way to a rather hilariously bad last act as we are treated with "killer calls from inside the building" gig, a kidnapping, and the killer ranting his heart out about the wrong with society and his hatred for high-priced realty. 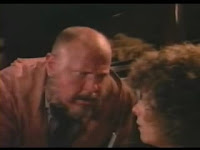 If that's not stupidly crazy for you, then check out this goof; after so much drama, the killer got shot, like a lot of times, crashing through a sliding window and if you look closely, you can see he had brain matter spilling behind his noggin from what looked like a head shot. And yet, he got back up and grapple as if nothing happened. Don't worry, he got beat-up again, real good, causing me to laugh at this silly thing and wonder if the last scene even killed him.

This unintentional badness gave a slightly promising flair into the ordeal, especially for those who love a bad popcorn film. It you're the few lucky ones who loved this and still had enough brain matter to smile, then you and I should get together and eat some pancakes. The rest who died out of frustration for this movie, sorry for ya. Better luck next time, then?

Bodycount:
1 Female shot herself in the head
1 Female found murdered
1 Male and 1 Female slashed to death with a razor-lined toilet plunger handle (I mean it!)
1 Female doused with wine and electrocuted with live wire
1 Female found hanged
1 Male beheaded with axe (off screen)
1 Female hanged and garroted with dog chain
1 Male repeatedly shot and falls off a balcony
total: 9 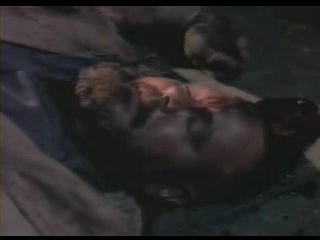