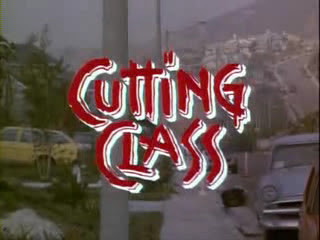 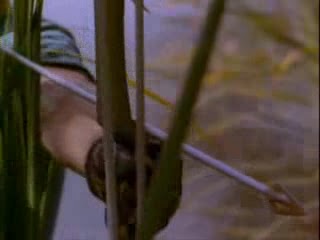 There ain't a lot of good guys out there who like this movie; I'm not entirely sure how many, but I'm seeing more hate than love for this. (Or, at least, a passible remark)

Personally, I see no problem with this movie other than its sheer predictability; it's entertainingly viewable at end's meet where High school student Paula Carson (Schoelen) sets her eyes on the quiet loner, Brian Woods (Leitch), after a relationship gone stale with her obnoxious boyfriend Dwight Ingalls (Pitt). Woods, as it turns out, was recently released from a mental hospital after suspicions of murdering his own father and with that being in everyone's mind, it's not hard to picture to put him to blame when people start disappearing and dying around Wurley High. But Ingalls is starting to lose it too, so could these disappearances be a case of jealous murderous rage? 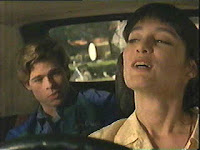 Other than being a star vehicle of the then-unknown Brad Pitt (a point that hardly matters for me unless I'm my sister), Cutting Class isn't entirely that bad. The story is your average whodunit plot, pretty easy but engaging thanks to some decent scripting and well acted parts, if not shining on hammy and witty comebacks. The sense of intrigue was never lost, even when it plays pretend as a coming-of-age cheesy teen romcom with Jill Schoelen in a typical Final Girl role with a spunky yet love-lorn attitude, juggling her feelings for two potential psychopaths. Some decent comedy is thrown to it, including a running gag involving Paula's dad's struggle (and failure) for safety as, early on, an arrow was shot to his gut by the killer. 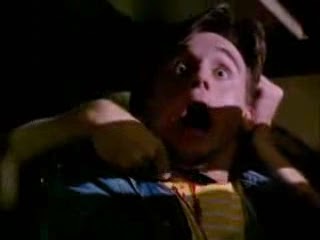 By the time a school staff bit it against a photocopy machine, the movie finally goes straight on to the usual slasher gig, which sets a quirky revelation to the mystery of who's who doing the deadly do ala physics equation and a nice stalk-and-chase between two leads and the killer.

Cutting Class sported some semi-professional production that made it at least adequate with colorfully bright set-pieces and a late 80s feel that got the film's groove going quite nicely. The murders are tame, a revelation from my part that may put off a lot of fans, thanks to some budget constrains and catering to the tamer side of horror due to the dying popularity of slashers for that part of the decade. Still, I'm not to lie when I say this is a likable, underrated effort that one should see if they like it simple. Or is a fan of Brad Pitt. Either one of the two, actually.

Bodycount:
1 male pushed in a clay oven, burned alive
1 male has his throat cut with hunting knife
1 female killed offscreen
1 female had her head beaten against a photocopy machine
1 male impaled on the arse with flag pole through a trampoline
1 male hacked to death with axe
1 male gets a hammer claw to the temple, pushed back-first to a circular saw
Total: 7
Posted by Kaijinu at 4:06 PM