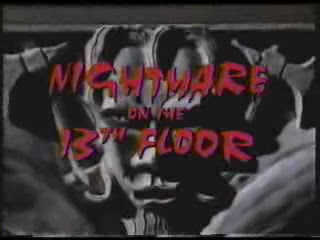 A restrained early 90s made-for-TV broadcast entry, Nightmare At The 13th Floor tried its best to catch up with the then-tired horror sub-genre and provide enough thrills and chills that not even television censors can stop. 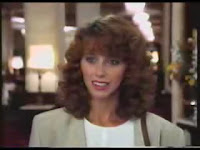 A journalist stays at the Wessex Hotel to review it for her paper's column. But after getting stuck somewhere between the 12th floor in an elevator, she finds a man being murdered before hitting her head on the malfunctioning machine. When she comes through and tells everyone what she saw, they all scoffed and laughed at her tale of macabre killings as they dismiss it as just her being woozy from the head trauma. Not satisfied with the reaction she is getting, she ventures into an investigation herself and what soon follows is a scenario involving hidden rooms, axe murders and Satanic rituals.

If anything from the above paragraph would get through someone's head then you'll probably know how the murders and the rituals are connected. By far, the only mystery left to solve here is who are committing the murders, a game that's played somewhere in near conclusion after going around the typical mystery fare that might have been enjoyable if it dabbled more blood and a set-refined direction that doesn't clunk down clumsily when it curveballs a supernatural reveal that doesn't really add a lot. 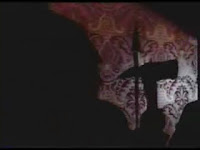 The acting boasts a fine cast; James Brolin, Louise Fletcher, John Karlen and a young Michele Greene adds up to the exceptional faces, yet failed to do much justice when it comes to bringing more dimensions into their characters. Greene's role as the lead heroine for one has wit, yet it's really hard liking her all the way since she's missing a lot of spark. 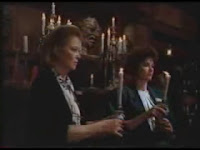 Still, as a subtle TV feature, Nightmare at The 13th Floor is an interesting watch at the first half thanks to some decent pacing and somehow capturing the dark feel of the murders, with the axe maniac killing anyone thrown to him by whoever masterminded their practice. Not the best TV slasher by any note but I've seen worse. Worth a gander.