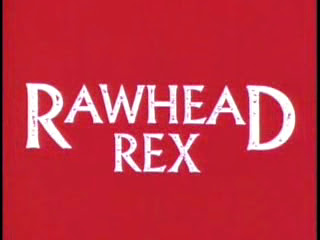 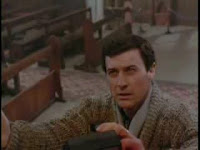 Way before Clive decided to do Hellraiser (1987), he had the Books of Blood, an anthology book series released in volumes with four stories each. Many of them have been adapted for viewing with varying successes, some reaching cult classic status (Lord of Illussions (1995)) or gets TV shortness (The Yattering and Jack was turned into a TV episode of Tales from The Darkside, as well as Body Politics as a segment for the film Quicksilver Highway (1997)); Some, sadly, will always divert into the unholy path of plain suckishness. This movie is one of them... 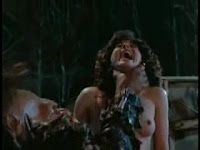 In Ireland, a farmer unknowingly releases a thousand year old demon known as Rawhead Rex, whose arrival leads to murders, fires and the corruption of a local priest who now sees the thing as his new master. Out to stop the creature is the father of one of the monster's victims, now desperately searching for a way to stop the seemingly indestructible Rex. Add a few magic, some feminist subtext and fancy cartoon lights and you got one of the surprisingly dullest monster flicks I've seen. 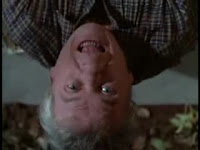 I don't know if it's the corny plotting or the lame special effects but, all in all, Rawhead Rex is nowhere near Rexhood. Why? because I've seen it all in Jaws (1975).

Yes, I'm comparing this with Jaws (1975), that scene with the kid getting eaten alive by a monster is enough for me to start comparing this wreck with the classic Summer blockbuster: Rawhead Rex starts with a random creature visiting a small town (or in this case, returns), creature goes wreaking havoc, havoc gone unnoticed or was blamed to something or someone else, a shocking attack happens, further attacks finally got noticed, townies attack back, attack backfires, hero emerges and fights back with the most unusual weapon. All of it in that order.

The only difference I can tell between Rawhead Rex and Jaws is that Rex held back and took considerations regarding budget, which somehow became an excuse why the film couldn't do any better compared to other monster flicks. The plot is as basic as it can get and the director's attempt to try and make it longer by putting a lot of tedious and boring scenes in it didn't exactly help. There were a few cool attacks, like a home invasion scene and a trailer park rampage but, other than that, it's just stale all the way.

Rawhead isn't even scary, folks. In fact, he looks like a puppet version of Ryuk from the anime Death Note, only more muscular, dressed in a suit that would probably make the band Lordi recruit him to play drums. I may have liked it more if they just applied the make-up over the actor's face instead of making him wear a moving latex mask but I'm not gonna take any chances. 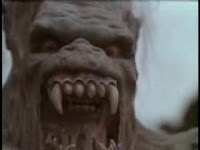 The ending itself, as unusual as it is, gave the film its fantasy tropes wherein an ancient talisman gets used to defeat Rawhead with a special touch: only a woman can handle it. Giving much credit to the "virginal" state of female survivors, the film took a different twist by providing a more magic-based turn on the usual horror trope. It would have been a nice touch for the film if it wasn't for the prolonged and overdone light-show that killed the beast. Talk about padding the runtime...

While I do appreciate the efforts placed into making this film a memorable one, I find it too boring and too cliched to make it anywhere. Uber cheap and really unoriginal, Rawhead Rex may find a better resting spot in a horror purist's arms or some Barker fans. Unless they're, like me, feeling a wee bit critical on these shortcomings...