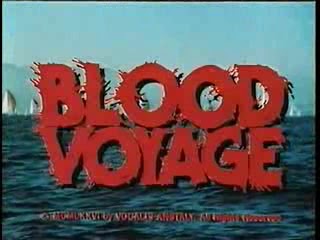 Doctor Jules plans a pleasure trip to Hawaii hoping to spend some time with his young girlfriend and his stepdaughter, two women who want Jules for different motives: while his girlfriend is in it for love, his stepdaughter is in it for Jules' life insurance and plots to have the family's handyman murder her stepdad during the trip. What she didn't count on was said handyman getting killed himself by a cleaver-weilding loon the night before the voyage. Taking his place is a Vietnam Vet and Jules' Asian patient, who has a thing for sex, drugs and weird orchestra. 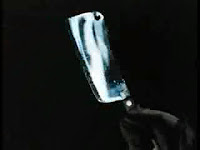 As the captain takes off with their guests, it is clear that everyone is up to something and there's an undeniable tension brooding in the air. It soon lead up to homicidal measures when later that night, the captain gets killed by the same goon and tossed overboard, leaving the cruise lost and cabin fever starts to brew among the voyagers. 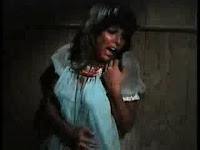 I know it sounded cool with the killer boat ride and all, but it’s a very long boat ride and the fun never really did start; while the claustrophobic premise of a yacht being the hunting ground of a deranged killer was a new one for Blood Voyage's year, the air of mystery of who the killer is wasn't really that confusing or engaging. Yes, there’s a red herring of a daughter’s plot to murder her father for insurance money, as well as a recovering mental patient being a part of the yacht riders, but the killer’s recurring “flashbacks” and “hotflashes” gave away too much and we are simply left waiting for our characters to wise-up and figure it out. And like pouring lemon juice into our wounds, once the killer’s finally revealed, the climax it all led up to was rather stale, more tiring and dull than a thousand year old rock hammer.

The cheesiness of the film did help make the film slightly tolerable, and so do the quirky characters, but as a whodunit proto-slasher, the murders are swift but nothing shocking or gruesome and the only thing that got my attention were Ms. Mara Modair's juicy bewbs. Other than them pairs, the film is nothing more than a nightmarish slug of a horror flick with hardly any imagination or style.
Nothing exciting, but you got to hand Blood Voyage for its cheesiness. Worth a look if you are into that, I guess...