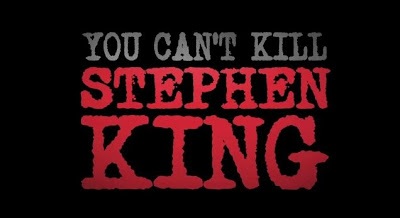 Stephen King is the least I would expect to be involved in a slasher, may it be written or filmed. While some of the shorts he wrote did have the bodycount ring to it, when it comes to straight teen-killings, he's just too complex for something quite as easy. (the film version of Silver Bullet is the closest to being a slasher. Watch it and you'll see all the clichés there.)

Now with this being brought to light, it's likely to say that we will never expect the Master Storyteller to take a jab at this sub-genre, but does this mean we will never see a straight Stephen King slasher? Not entirely, You Can't Kill Stephen King afterall! 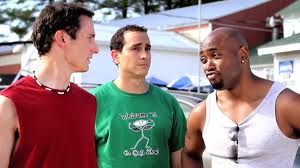 Six teens are on a mini van roadtrip to locate and tour the home town of Mr. King, although their main goal once they get there differs for each; Ronnie is an avid SK fan and perhaps the only one in the group who's excited to see the storyteller's town as the rest of his buddies, Iraq vet-slash-jock Monroe, the sisters Lori and Hilary, Nicole the slut and token black dude Lamont are only interested in having fun on the lake or with each other.

Once they reach the town however, the locals were not too kind with outsiders who utter Stephen King's name, quickly dismissing them, warding them off town or just simply acting like jerks to the kids. Not that it matters for most of the gang (except Ronnie) but it goes for the worse when someone starts to bump them off dead, one clichéd character at a time. 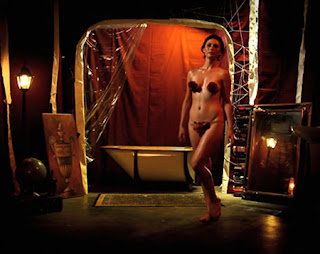 Okay, so technically this is a slasher that pays tribute to Stephen King in a manner that only a low-budget film can afford. The gimmick here is that the murders are supposed to be based on killings from selected King's stories but, if you look at it, they're easily passed off as average murders that many other horror titles had done before. A few examplse of this are a hammer murder that was supposedly based on the twist in the short story The Man who Loved Flowers, and another involving a dead body found with its mouth stuffed with sand, which was a nod to the short Beachworld.

While it brings me joy that this movie pays a little bit more attention to King's more obscure stories, I can't help but think that, with a little more budget, this film could had done better murder-tributes to save itself seeing that, separating this catch of an idea from the actual movie, you're basically left with another backwoods slasher-comedy with cheesey characters and hokey plot holes. It's not really terrible, it's just that You Can't Kill Stephen King felt like a missed opportunity, a movie with something creative to offer if it wasn't for the monetary restrictions. 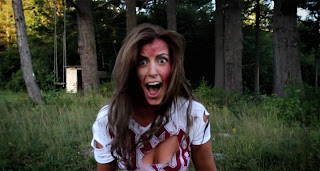 Then again, it's terrible in a sense it's laughable and while the intended comedy is a hit-and-miss, you can still get a few chuckles along the way in its attempt, making this a good movie to see if your tolerance to the cheddar is amazing! It's a movie made out of passion and respect, humble at its best to keep up glued for a while and just let us have a good time. It gets a little weird at times but it sure is fun as heck!

Far from the deep, terrifying, wondrous amalgam of everything you love and know about the man from Maine, You Can't Kill Stephen King is definitely a package of hammy lines and good ole' dead teen antics with a fairly decent twist. Recommended for King fans with a humor!
﻿
Bodycount:
1 female bashed on the face with a shovel
1 male gets his throat cut with a knife, slaughtered
1 female brained to death with hammer
1 female found dead with a mouth full of sand
1 female thrown off from height, falls to her death
Total: 5﻿
Posted by Kaijinu at 6:05 PM