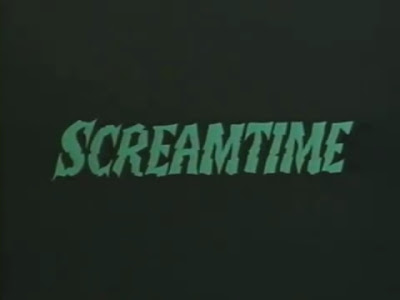 It's not very often we get treated with a full slasher anthology. Most horror anthologies are a bash-pride of different sub-genres placed into one big movie (the Creepshow series, Body Bags (1993), Nightmares (1983), The Trilogy of Terror series just to name a few) but Screamtime didn't even out the distribution of sub-genres for all three of these stories had more than a nod to the hack n' slash fims, they are hack n' slash films.

The first of the segment, "That's The Way to Do It", tells us a story of a Puppeteer whose shows aren't bringing any more money. His persistence to keep his job and his puppets strikes more than a nerve to his wife and their teen son as they threatened to leave him if he kept doing the puppet shows. To add insult to injury, his son burns down his small theater no soon after humiliating him in front of his audiences. Not long after, "Punch" is out there bashing to death all those who upsets his master with his stick.

The second segment delivers more blood, "Dreamhouse" had two couples moving in to a new house but as soon as they're settled in, the wife began seeing a visions of brutal murders. They dismiss this at first but the visions got so real and visceral, line between fiction and reality begin to blur for her.

The last entry "Do You Believe In Fairies?",  is more of a mixture of slasher, fantasy and haunted house genre, as a young lad, desperate for some money to pay some heavy debt, decides to steal some antiques from his new employer's home. But unknown to him, his employers' stories of fairies guarding their homes may not be fiction after all.


All this packed in a wraparound which tells the story of a couple of thieves stealing these tapes off a local videostore (each containing the segments, with the petty thieves commenting the films at the end of each), only to be rewarded for their crimes ala "fourth wall" attack from the characters. 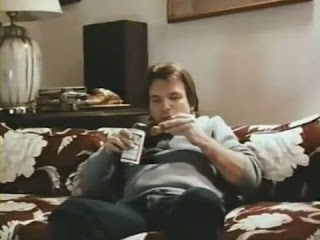 "That's The Way to Do It" is the best of the segments, with a creepy puppet flying and attacking his victims while talking and singing in a high shrill voice and a fairly sympathetic lead character whose passion for his job may or may not be getting into his head. "Dreamhouse" brought the most gore than the two combined, with a whole family murdered (including an onscreen child-knifing!) and a devilishly clever twist. While the first two are pure slasher to the core, "Do You Believe in Fairies?" featured some EC comics style of terror and humor that's all cheesy yet comic-book friendly.

It's a pretty decent attempt to create a trilogy of slasher shorts but it has its off moments. Some of the stories would had benefited more as a feature but some are just weak (especially the last). There's a copious amount of cheese present in each story and I'm not to argue, but a little less of cheddar and more thrills could had done the job right. Despite the cheesiness and each segment being altogether different, they're all modest horror stories in the end that's made to entertain.

Screamtime is a good thing to rent, or own if you're a fan of cheesy anthologies. Just remember not to steal it...