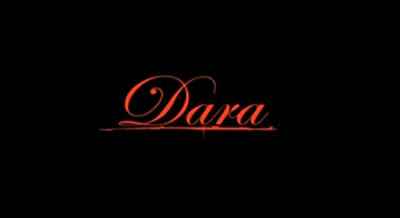 Adjie is a man in loved with Dara's cooking and Dara hersel. This is no surprise as Dara is pretty for a woman of her age and successful enough to own a stable restaurant, so when she invited Adjie to her house, the man never had a hint of doubt...

Until he wakes up chained to the wall of a room filled with dismembered human, suspiciously piled up like beef.

In a twist, Dara turns out to be a savage slasher collecting men for their meat, serving them as ingredients for her restaurant's exquisite delicacies.So now, poor Adjie is next in line and just as Dara's about to slash him with her chaisnaw, someone comes knocking on her door...

Fast paced yet well developed, Dara is a dark comedy of minimal length that's good enough to satisfy our slasher cravings with Texas Chainsaw Massacre inspire mayhem, a few nod to the first Hostel movie and perhaps the next big female psycho to she grab our attention.

The story is a devilish gender-reversal that packs enough blood and guts, as well as a few chuckles when our villainess' plans didn't go quite as she planned, and being a movie that only runs for 22 minutes, I am actually quite impressed by the well-paced direction and savagery, despite its rather predictable story.

The film would later receive a longer, gorier and more mystified feature made by the same people who created this short at 2009 title Macabre which I can assure you is good enough to be in someone's to-see list. Until then, this little devil, along with other short horror films from Indonesia, got compiled and packaged into one DVD titled "Takut-faces of Fear". I've yet to see the rest of the compilation, but I can assure you, Dara delivers.