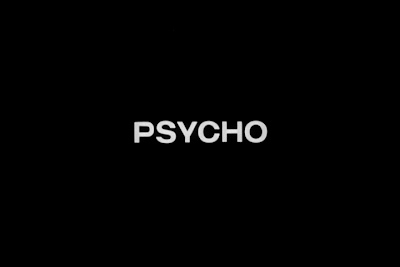 We owe a lot to this film. If it wasn't for Norman Bate's id, we wouldn't have the human monsters grabbing knives and starting chainsaws today. That simple act of murder started millions of titles to do the same. So now, I bring you the masterpiece of all masterpieces: Psycho.

In Phoenix, Arizona, lovers Marion Crane and Sam Loomis want to get married but Sam's heavy debt kept them from doing so. When Marion came back to her work, she's trusted with $40,000 in cash by her employer which is to be deposited, only for her to steal moments later and drove off to her boyfriend's home in California.

Her suspicious behavior caught the attention of one cop along the way, so she trade cars on a local dealership, stapling their suspicious further with her anxious state as she does. That night, a storm caught up to her and she is forced to pull over to a motel, one that is alone in the hills and standing next to a house, belonging to one Norman Bates.

Bates warms up to her as she is friendly to him, and invites her for dinner where a heated discussion concerning a conversation she overheard between Bate's mother and him sparked something that upsets the man. Feeling guilty over this and the money she stole, Marion contemplates her actions and decided to return the cash the next day.

As Marion figures her next step, she decided to cool off with a shower. Behind the curtain, while she washes, someone silently walks in, clenching a knife, and stabs Marion to death. Not too long after the brutal murder, Norman sees the body and desperately dispose it, along with her belongings,  in a nearby swamp, knowing his mother was responsible for it.

In California, Sam is contacted by Lisa Crane, Marion's sister, who's worried that Marion hadn't been showing up for work or answering her calls. With them soon was Milton Arbogast, an investigator who's been hired by Marion's employer to recover the missing $40,000. He traces Marion to Bate's Motel and questions him about her, which he lied (unconvincingly) that she had left for weeks. Arbogasts learns about Mrs. Bates and asks Norman if he can talk to her, but Bates tells him that she's ill and prefers to be alone.

After phoning Lisa of the findings, he later went into Bate's house hoping to question his mother, but he got attacked and murdered instead by a faceless killer.

Lisa and Sam finds out from the local sheriff, after informing him of Arbogast's sudden disappearance, that Mrs. Bates died ten years prior in a murder-suicide along with her lover. Finding no concern from the local police, Sam and Lisa headed to Bates' Motel, posing as a married couple and investigates on their own on what had happened to Marion and Arbogast. As Sam distracts Bates, Lisa moves into Bate's house and looks for any clues. She, however, found no ill mother to question; Bates realizes that Lisa's been missing for a while, knocks Sam unconscious and ran straight to his house, forcing Lisa to hide in the cellar. There, she found the preserved corpse of Bate's mother and Bates, now in his "mother" persona, about to attack her. Fortunately, Sam regains consciousness and grapples Norman down long enough to get him arrested.

A psychiatist informs Lisa, Sam, and the sheriff, upon Bate's arrest that his normal persona is now gone and his "mother" persona had taken over completely. He began telling them of Bate's pathology, as an abused boy by his mother, who lives with her as if they're the only ones in the world until that day ten years ago had fractured his mind. He murdered his mother and his lover over jealousy and kept her body, in denial that she is dead. He began talking to her, and, in a split persona, answers to a series of conversations. When Marion came, Norman was aroused, Mother was threatened to what this would do to them and kills her out of jealousy. Norman was unaware of all of his and, after them finding out the real Mrs. Bates, the mother side had now complete control over him.

The film ends with Norman -sorry, "Norma"- reassuring "herself" that they cannot convict her forever, seeing that she had done no crime and it was all "Norman's" doing, smiling at us as she claims she wouldn't hurt anyone, not even a fly...

A Drama, a Thriller, a Horror Mystery, Psycho had the makings of becoming the first staple slasher film, further exploiting many others to do the same approach in terms of horror and thriller movies. The film would even be one of the many titles to inspire Italian directors in the 60s/70s to create murder mysteries themselves in the form of "Giallo" films. From Giallo then came our beloved slasher flicks, the grand-grandchildren of a 50 year old film.

Psycho's legacy would later be followed with three sequels (one being  part-prequel), further exploring Bate's exploits of his mental condition, but none of them came close to this film's cerebral nature, cleverly directed cinematography and hidden symbolism and hints.

Of course, the world is a dark place in Hitchcock's mind, and his take on the murder-mystery is indeed an unbeatable classic. Every horror fan, even film buffs alike, should at least see this magnificent piece of film. Feel the dread as it is that time and see the genius the is Alfred Hitchcock's PSYCHO.