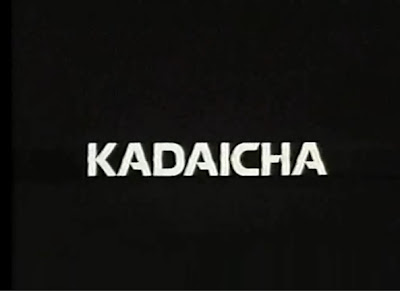 I can see why this is"rare". No one in their right mind would waste their time on seeing this stale popcorn. 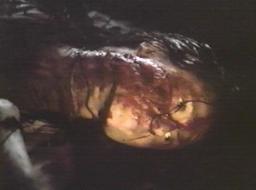 Some crystal stones start appearing on the table side of kids and whoever gets it will dream about some medicine man. As soon as they wake up, a random animal will attack them and eventually, the bodycount began to rise.


What do the survivors do to stop this phenomenon? They do some research about aborigines. But when that fails (and one of them died from, yet, more animal attacks) they asked a former aborigine for help, wherein they learn that a medicine man had damned them for the crimes committed by their folks, who has built an entire town atop a cave where dozens of aborigines were murdered! Add a couple of  moving furniture, some possession, and a ritual to banish the evil spirit that sorta reminds me of the finale of Ghostdance (1980) and you'll get a long, dull, boring ride into an equally boring climax. 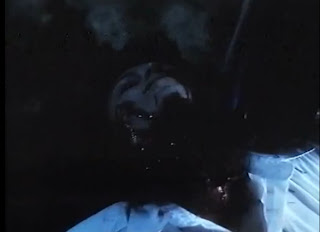 Technically, it's about aborigines. And the stones. And, well, a curse. I have to be frank, this movie has very little to offer. It's not smart, or original, and the budget is obviously low, Australia sure has a lot to explain for this movie. It lacks anything that would make a slasher flick fun, it's too "smart" to be taken as an average teen-kill slasher, and at the same time too dull to even call itself smart. (plus, it's OBVIOUSLY a rip-off of A Nightmare of Elm Street (1984).)


Some scenes are just recycled, while others doesn't really felt that important. The kills aren't that interesting and lacks any real count which just makes it worse. (I mean, if you could send out death stones from beyond the grave, why just limit yourself to a bunch of kids who know nuthin? Why not send out death stones to their mumsies and dadas, too?!)


bodycount:
1 female mauled to death by a dingo (or some animal for that matter)
1 male got bitten on the eye by a venomous spider
1 female attacked by an eel and drowned
1 dog glimpsed killed
total: 4
Posted by Kaijinu at 10:47 PM