In the spirit of a four year run: Full Moon Review's 7X7 Award!

Full Moon Reviews had reached their 4th Anniversary , and so in the spirit of a good tag, i received a 7X7 Award from Mr. Edwards.

This is also the first time I won an award so, please let me be emotional for a while~

1. force me to reveal things about me that nobody else knows... 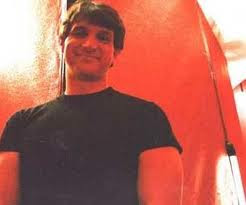 I passed a lot of junk over the internet that got me bits and pieces of recognition from big shots. Such as this one time, I sent a fan letter to my fave Canadian indie-horror director and producer Maurice Deveraux in regards to his successful cult hit End of The Line. It reads:


I just would like to say, thank you for making the End of the Line film. Though I'm not spiritually with you about religion, I have to agree with your fears in religious extremism. Despite me being Catholic, I do have to admit that the fear of people using religion as a scam is really terrifying, and your film serves as a warning to all people who are about to do the same thing.


I believe your film should be properly reviewed by my fellow Christians as some sort of eye-opener to teach our beliefs more properly. No scams, no brainwashing into false beliefs and icons, just plain morality and proper theologic studies. The world is getting poorer and desperation often misguide these people into crimes, diversity and yes, even murders, your point to this is really true. Religion is supposed to be for the good of mankind, teaching people to love one another and do good for our own, but lately, because of zeals and extremists, we got human sacrifices and suicides for their own vision of heaven (...bomb down a plane for you to go to heaven...I know I'm supposed to be tolerant but that is just crazy XD)


You have a great talent for making slasher films (especially $la$her$) , hope your next would be better and I do hope your hardwork will be recognized and greatly appreciated by not only the horror purists, but also those who might find it offending.

After  night, I got this back:

Hope you are doing great, thank you for the nice comments it's very appreciated...

Short yet satisfying. That was one shred of light for me that day. 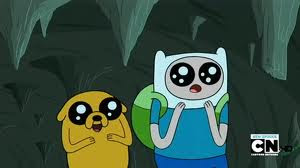 Another had me asked by CN Turner AKA Cartoon Network for permission to use three Adventure Time fanart I drew for a promo they're doing for season three. Being a SUPER JUMBO BUST-O-MATIC GARGANTUAN COLLOSSAL fan, I was hyperventilating until my 60th heart explodes and I had it replaced. It was my first time having contact from a big corporation like Cartoon Network, too, and it was really confusing. After they sent me a contract, I asked for the aid of my Tax professor to see if the contract is legit. It was, so I signed it, gave them two out of three of my art, only to have them say this:


Unfortunately, the promo is completed and will be airing tonight.  We will keep your release and images on file for use in possible future promotions.

and no consolation either!

2. Link to one of the posts that I personally think best fits the following categories

- Most Beautiful Piece:
Me (and this blog's mascot) lists down our fave and datable psycho hotties in the genre for a Valentine Week post 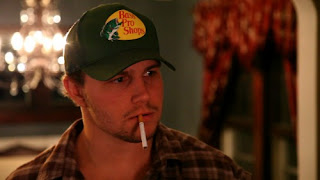 I don't know if it counts as helpful, but Kevin Sommerfield of Slasher Studios gave a good eye on my double bill review of their Teddy and Popularity Killer.

-Most Popular/Least Popular Piece
Just to prove Patrick Bateman is still loved, my piece on questioning Mr. Bateman's death in American Psycho 2 stands in 2,244 hits and is currently my strongest post.

Ask me a Question: Is Patrick Bateman really dead?

My weakest posts would be my sad attempt to troll you guys during Fool's Week. I've made two, one was an obviously fake review of a fake movie and another had ponies in it...cuz i'm 1/16th... 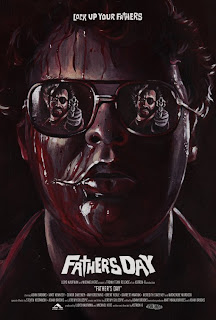 - Most Controversial Piece
My review for Troma's Father's Day seems to had struck a nerve of an anonymous stranger. He claims it to be gold and three out of five stars isn't enough. Oh the drama~ ;D

- Most Surprisingly Successful Piece
My post on non-horror films getting slasher sequels seems to be the second most viewed piece. I'm not even sure if folks are offended, but I suspect they're ending up there thanks to Macaulay's face.

- Most Underrated Piece
Probably my review for Cutting Class (1989). It's really not that bad, but I guess it's uber-simplicity is a turn off to a lot of folks.

- Most Pride-Worthy Piece
My Golden Title Reviews. All of them. But if I'm gonna point to one it's gonna be the one for Christmas Evil (1980), the most underrated holiday slasher ever!

and so ends my post, HAPPY FOURTH ANNIVERSARY, FULL MOON REVIEWS~! And THANKS FOR READING!
Posted by Kaijinu at 9:38 PM