Cuz it's High in Tension in the Philippines: Ligalig (2006) 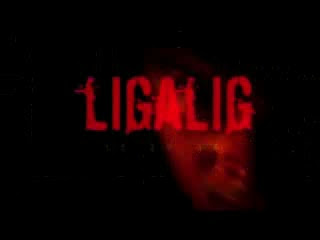 See, it’s movies like this that makes me wonder if Philippine cinema is the long lost black sheep brother of Bollywood.

Sitcom/Action Filipino actor Cesar Montano got his shot "writing", directing, and acting for this little slasher flick in the Philippines, which was released at the 2006 Metro Manila Film Festival. Now, I should be glad to see my country's taking at least a little interest in this fine sub-genre, but I didn't mean going as far as plagiarizing an early 2000s French Extreme classic.

Here's what went down; a cab driver named Junior drives to the country side with his girlfriend Trixie and a friend for the weekend, staying with Trixie's family which includes her mum, a war-traumatized brother and his wife, and an orphaned girl fostered by the family. 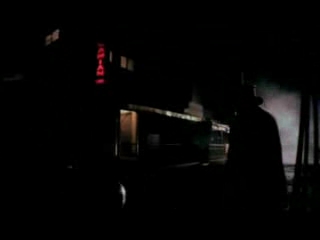 Unfortunately for Junior, the old matriarch isn't too fond of him, thus putting his relationship with his gal in jeopardy. Things turn for the horrible, however, when a machete-wielding serial killer followed Junior into the country side and starts murdering off each family member one by one. Then the maniac kidnaps Junior's girlfriend, stuffing her in the back of his car before driving away As our hero gives chase and fights the killer off, it appears that not all of it is what they appear to be...

Sounds familiar? It should be unless you haven't seen or heard of Alexandre Aja's Haute Tension/High Tension (2003)! (Shame on you, dear slasher fan!) Yes, it starts differently with a double murder of a couple in tryst and a police station investigating it, but right to the point where our leads are driving to the country side, it's all nothing but copy-pasted narrative of the French New Wave Extremity classic with some added "paraphrasing". (Montano replaced the Tension's Truck Driver with an equally overweight "Evil Dad" figure. What imagination! Not!) This may not be all that big of a deal for the rest of my (normal) Filipino brethren since I don't think anyone is as big of a slasher fan as I am to be fully aware of High Tension's existence (though, I read some were! Kudos to those guys!), it just strikes my nerve that Mr. Montano went as far as claiming the story was his own. Yes, 1/5th of the movie is his. The rest isn't. Shame on him. 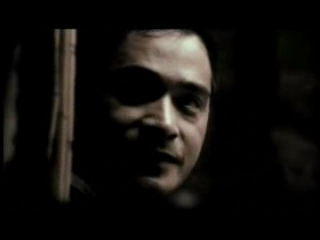 Now, if we're gonna pretend Ligalig wasn't a plagiarized work, here's my look into the film; it is a slasher-thriller that relies a lot on the underlings of  romantic drama as like many other Filipino films. It somehow works, going along the story a tad better than the overcooked attempts of an earlier Filipino slasher, Kutob. The horror tropes are present and cheesily done to say the least. The kills, thankfully, are far from copied work, though they're tame around the gore factor as detailed blood and viscera aren't Philippine's strong points. (sadly) Ligalig instead pulled of some nasty beheadings, an old woman shot with a shotgun, and a pipe impaling to keep the red liquid flowing and probably some newbie slasher fans satisfied. The killer dad also has his intimidating moments but, once moment he opens his mouth, I find him overdoing the threatening persona to the point he's annoying.

Some other major drawbacks would be the cheesy computer graphics used to replace car stunts (watch any car sequence from this film and tell me that's not an animated background!) and the utterly annoying camera effects that includes striking discolored close-ups and synthesized tunes to go along with it. (I think Montano got that one from A L'Interieur/ Inside (2007), but it's a hunch.)

Should Montano's aim was to create a horror flick that is Philippine's answer to the ever popular slasher films, I would have respected that so long as he came up with his own idea. Sure, American titles such as He Knows You're Alone (1980) has its similarities with Halloween (1978), and so does Sleepaway Camp (1983) with Friday the 13th (1980), but that's just it. "Similarities". Not Plagiarism! Somebody should remind our dear producers not to release this flick internationally cuz it's gonna be a hell of a lawsuit.

I'm sure his garbage will find an audience. Films of this kind always do. For me? I say 'got to hell', Ligalig. Your bullshit is not welcome here!