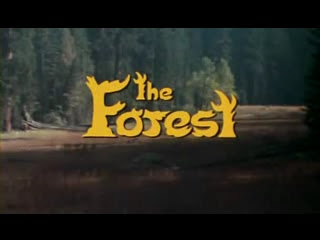 The Forest (1982) (AKA "Terror in The Forest")
Rating: *
Starring: Dean Russell, Gary Kent and Tomi Barrett

I feel really lazily reviewing this one. It's hardly worth the effort. 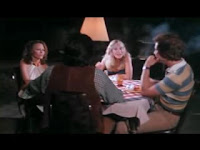 What can I say? A brainless film about two couples in the woods, stalked by a beer bum-looking psycho dad haunted by the ghosts of his entire family. That's the whole story and it doesn't add up to anything more than that. 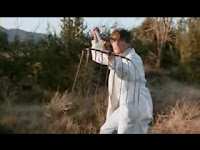 Apart from some good gore in the opening murders, the rest of the kills are plainly lame thanks to the uninspired stalk-and-chase scenes that went with it. Hardly anything in this film is worth praising to be honest; the plot is cliched, mediocre and full of bad-grade cheese (whose idea was it to include ghosts?), the acting is horrid, cinematography is amateurish and the sets look cheap (Had you seen killer papa's cave? I've seen scarier caves in a Grade School play)

I wouldn't blame the movies attempt to do a supernatural slasher as that would call for a good variation for a backwoods 'hack 'em dead' movie, but due to bad direction and really campy tones, the overall outcome that is The Forest is just undeniable trash. Don't waste your time on this one. If you do, I ought to toss you a rescue remedy on your way out...