The Crimes of A Maniac (That or A Very Large Chef): Pandemonium (1982) 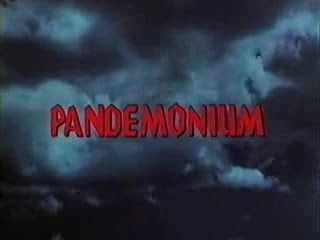 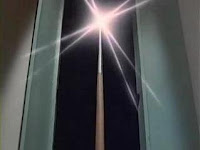 Back in the 1960s, a terrible fate befell on the cheerleaders of It Had To Be U as the world's longest javelin was hurled and kish-kabobs five them and their "salute to vegetables" props in a delectable fashion. Soon after, more teenagers were getting bumped off until a cheerleading camp had to be closed. 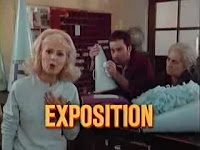 Reopening the cheerleading camp is one Bambi (like the deer) who was around the kish-kabob murders. She never had her chance to be a cheerleader but, now, explained in an exposition, Bambi's gonna make sure that she will do good the name cheerleading once more and what better way to that than to start up her own camp and have six doomed kids train to be the best in the gig! 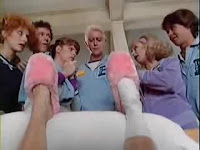 Now let's introduce the "Andy Gang": Candy, a telekinetic girl who just wanna be normal (and get to use her diaphragm); Mandy, the blonde with a taste for toothpaste; Sandy, the no-nonsense girl; Andy and Randy, two best buds on a quest to make out with cheerleaders; and Glenn (Glendandy!), Mr. Tall, blonde and handsome.

Keeping an eye to them is Major Cooper, the Canadian raised law-enforcer who works with his trusted steed and his little lackey, Johnson, making sure that one part of history involving cheerleader deaths won't repeat itself. 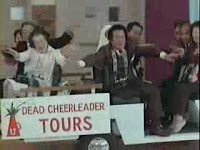 But then, words of an escaped convict from a nearby prison and an escaped mental patient from a nearby Sanitarium are going around, with people being turned into furniture in exceptional worksmanship. It appears that the murders are starting again and no one is safe...not even a phone! 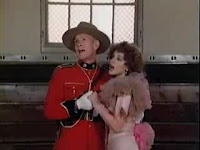 Coming in at the same year as Wacko!, Pandemonium was the last of the 80s slasher spoof trilogy and while not be as witty written as Student Bodies, it is still a rather fun set of spoofy antics one can unleash against an unsuspecting bodycounter. 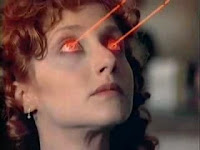 Basically, Pandemonium kept it simple; it's a standard slasher film in vein of Final Exam or Friday the 13th only done with spoof comedy elements that can only be found in a Mel Brooks movie. It's more a work on puns (The House of Bad Pies is literally a house of bad pies), verbal irony ("you're afraid of the night?" "Baloney!" "You're afraid of Baloney?"), and out of place moments (Mandy playing with her dolls, Bambi taking a milk (and cookies) bath, a random nudist flirting with a horse, etc.); the jokes are tamer compared to Student Bodies or Scary Movie but they're still laugh worthy by the fact that it's silly, random and surprisingly blends well with the story. 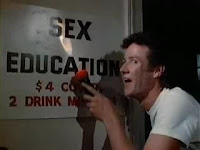 Pandemonium even boasts some creative murders that are either funny, cool or Cooflunny, the fusion of cool and funny! It knows the movies it's spoofing and it doesn't shy away from doing some serious slasher-worthy killings such a pom-pom choking, a drowning, a dynamite decimation to the mesosphere and, my fave kill, death by toothbrush-powerdrill!

And to top it off, it even had a unique twist reveal at the end that even I didn't see coming! 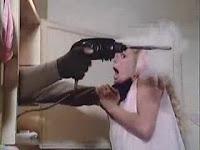 Filled with folks you’ll recognize (Paul Reubens, Judge Reinhold, Carol Kane, and Edie McClurg to name a few) and with a steady pacing of an hour and 22 minutes, Pandemonium never backs down on a joke and, depending on your taste, it's the very movie that I'm proud to say is in competition with Student Bodies as my all-time fave slasher spoof, a straight-forwarded cheesy comedy that anyone can enjoy.

If you can catch it, go for it! YOU'LL REGRET NOTHING!

Bodycount:
5 females skewered through a javelin ala kish-kabob
1 male killed, seen as a lovely table
1 male blown to the mesosphere with dynamite
1 female brushed to death with toothbrush-powerdrill
1 male and 1 female killed in gas chamber
1 female found as a cabinet (with legs matching her drawers!)
A number of victims found as furniture sets
3 males electrocuted
1 female drowned in milk (and cookies) bath
1 male found choked on pompom
1 male smothered with pompom
1 female gets a megaphone through chest
1 phone found knifed
1 male ran over and crushed by a statue
Total: 20+
Posted by Kaijinu at 2:22 PM