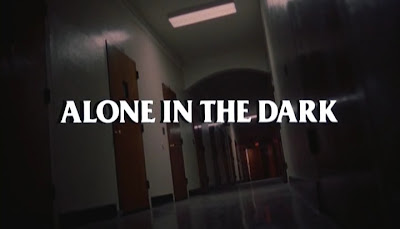 Psychiatrist and family man, Dr. Dan Potter is replacing a certain doctor in Dr. Leo Bain's (the late Donald Pleasance) psychiatric haven. Little did he know, he will be handling the "men at the third floor", loons that are deemed too dangerous to wander about freely by themselves like the other patients in the place. These are former POW Frank Hawkes, fire-bug preacher Byron Sutcliff, overweight child molester Ronald Elster and a homicidal maniac John Skaggs, AKA The Bleeder due to his condition wherein his nose drips the red stuff whenever he kills. 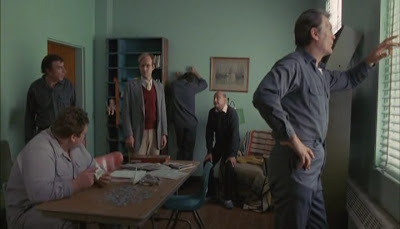 When Dr. Bain breaks it to these men that their usual doctor is no longer treating them, they are not too happy about this. In fact, they assume Dan killed their preferred doc and is now after them, leading the four to plot an escape and hunt down Dr. Potter.

Some time later at Potter's household, Dan welcomes his younger sister Toni back to the family after being treated for a mental breakdown. To celebrate her recovery, the family goes out to a local nightclub when an act of God (or sabotage) suddenly cuts off the power from the entire town, freeing the four maniacs from the haven and setting them off to the Potter's residence, taking turns on harassing, skulking and murdering anyone who dares get in their way. 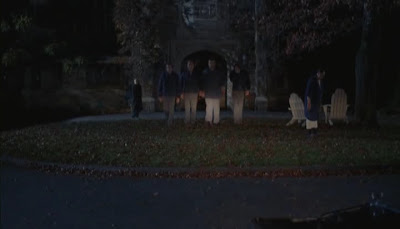 Alone in the Dark plays with the common cliches found in slasher films while, altogether, not following them; instead of our usual kids-go-to-the-woods build-up, the film resembles more of a stalker thriller with enough time to familiarize ourselves with the setting of our film, as well as its casts before we get to the murderous bits. This being said, we are treated with a lot of hammy acting and strange characters that are supposed to satire and provoke the idea that everybody is a little crazy in the head. This seems to be a running hint around the story as even the head psychiatrist of the haven, Dr. Bain, shows signs of being a bit off in the head, unless you count giving matches to pyromaniacs and threatening to split a zealot in half under God's name as "normal".

The movie works its way through this idea on a fair run until the blackout happens, which then sets the film to a more bodycount-friendly turn that interestingly also feels bit different; while most slashers are marketed for the kills, Alone in the Dark is more atmosphere driven and the kills are nothing much but a by-product of the plot, albeit still featuring scantily clad eye candies and some bloody (not gory) close-ups. 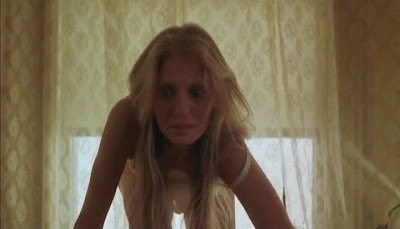 In another clever variation to our slasher tropes, the Potter family is anything but a push-over. Most of the time in a slasher, victims usually do dumb things like splitting up and running away from a single psycho instead of ganging up on them; in here, the entire Potters actually learn to team up during the climactic siege, killing off most of the psychos. A favorite of mine among them is Dr. Potter's daughter Lyla, who is amazingly deadpan calm and unfazed by the attacks, a characterization I find somewhat hilarious.

On the other side of the coin, a well performed Martin Landau and Jack Palance bring their respective heinous madmen to life with much ramblings and outbursts that they appear terrifying all thanks to their characters' unpredictability. The Running Man's Erland van Lidth acts a calm yet eerie 400-pound child molester who gets his own tension driven highlight of a scene where his character interacts with Lyla, who is then all lone in the house. Lastly, there's the little-known psycho "Bleeder" whose identity is hidden through out the film until the near end, where he reveals himself to Dr. Potter and his family. These men did an air of a performance that, though cheesy, greatly delivers in terms of creepiness and intensity as they all appear to be very normal looking people until they start talking and breaking bones. 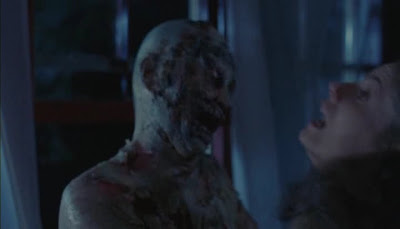 Seeing that the film has a lot of the anti-tropes working for it positively, it is, of course, not without some drawbacks. Alone in the Dark do suffer from a few lagging moments and I do feel like the script is a bit rushed; I find the "blackout" scenes to be no more than a convenient plot element that works for and against the characters, first when it caused the electric system keeping the maniacs at bay to malfunction and leads to their escape, and then later when it somehow saved the Potters from one of the villains. I wouldn't call it cheating, but these scenes just felt they were executed too easily for me.

Nevertheless, Alone in the Dark is still an 80s slasher with an original premise (for its time), well acted and well directed while avoiding the usual clichés in favor of focusing more on tension and some psychological subtext. It's a better attempt for something different for the sub-genre and an underrated cult classic that deserves to be bought and owned.

Bodycount:
1 male split down the middle with cleaver (dream)
1 male hoisted and had his back snapped over killer's knee
1 male punched on the temple, killed
1 male had his neck clawed with trowel
1 male plowed by a reversing van
1 male dragged underneath the bed, later found with throat slit
1 female gets an elevated strangling
1 male pinned to a tree by a shot crossbow arrow
1 male axed offscreen
1 male gets a cleaver to the back and had it forced further in with a baseball bat
1 male knifed on the gut
1 male knifed on the chest and left for death inside a basement