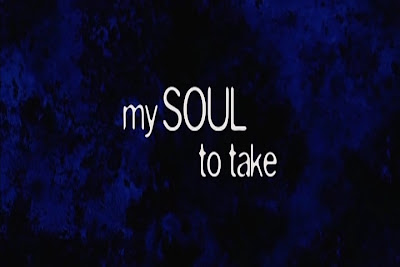 I shudder to think that Wes might have been going through the same path as the other masters of horror who're going downhill with their game (Dario Argento, can you hear me?) when he made this incredibly dull film, making me wonder if he was forced to do this or he just had a bad run with his ideas.

One night in 1984, in the town of Riverton, Massachusets, Abel Plenkov is diagnosed with multiple personality disorder and he realize through this that he's the local serial killer known as the Riverton Ripper, whose latest victim happens to be his wife. As the cops arrive at his home to his arrest him, he ends up resisting and getting shot repeatedly in turn, something he simply shrugs off whilst enroute to a hospital as Abel goes through a violent revival. The ambulance carrying him crashes into the woods, leaving Abel's premature son and his daughter orphaned and traumatized by the events.

Sixteen years passed, Riverton now has a yearly gathering of the town's youth lead by the Riverton Seven, a group of seven teenagers who were born at the night the Ripper allegedly died. During this gathering, one of the Riverton Seven must go through a ritual where they symbolically kill the Ripper in order to protect the rest of the town's youth and this year it's Adam "Bug" Hellerman's turn. Unfortunately, Bug chickened out and this somehow awakens the Riverton Ripper back from the grave.

As days pass the gathering, Bug is starting to get plagued by visions of murders involving the Riverton Seven, as well as starting to show characteristics similar to the Ripper such as multiple personalities and a deadly obsession to animalistic violence. (expressed with his love for the American Condor) All the while, The Ripper is making his way on slicing the remaining Seven into ribbons, leading to a final climax involving a revelation that we already see from far away, and some unbelievable scenes involving a dying blind boy talking for ten minutes. Oh Wes, did you do the same mistake Stephen King did when he directed "Maximum Overdirve (1986)"?

Thank God, Wes proved me wrong with his Scream 4 (2011) but I can't really get my mind off from the fact that he directed and wrote this; first of, the story is dull and formulaic as it does every slasher element so religiously that it holds no more surprises for us. And if there were ever any creative differences added to this movie, they're rehashed elements from his other films such as Shocker (1989), A Nightmare on Elm Street (1984), and even Scream (1996).

The other thing that bugged me about this movie is its direction; without spoiling much, we're treated with the possibility of supernatural possession, which was good, but I failed to see the need to have all of this to be spoon-fed and explained for the remaining third act? Okay, so the killer could have been in anyone of the Riverton Seven, why not just keep it at that? Don't try to over-complicate the matter coz its not that complicated to begin with! Not with that weak script! Not with that tired dialogue! And especially not with the cast stereotyped to the fullest (Jock, hot girl, outcast, token minorities, religious nut. if you can point it, it's here.)

Also the 3D is wasted in this film. If there was any 3D. Was there?

If there is anything that I at least can appreciate it'll be the killer; he's a large hulking brute armed with a mean modified buck knife and a personality of a hardened butcher. I guess I would have liked him more if he donned a better mask, something that'll confuse us whether Adam is the killer or somebody else is. Like that Condor Mask. That was an interesting suit gone wasted for only one scene. Also, if he has more personality considering how much of a boogeyman he is to this town, that also would have been great.

But it's gonna take more than just a good killer to save this film, I'll tell you that. If only Wes didn't do such a rushed job on this film or had thought carefully his script, My Soul to Take may have proved its worth of potential. It's definitely one of Craven's worse film to date, let's just hope that his mojo from Scream 4 (2011) would stay and prove us all wrong. 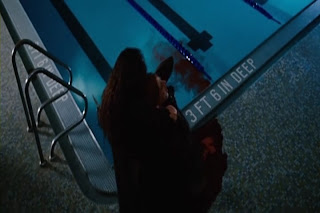 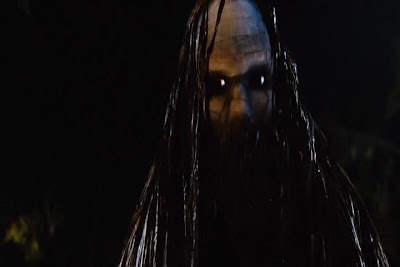