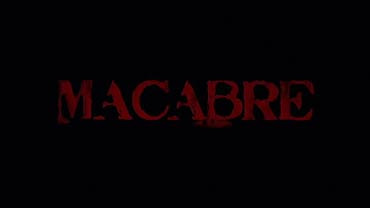 A newly wed couple, Adjie and the pregnant Astrid, was getting ready to travel to Sydney for a new life and has their friends, Alam, Eko and Jimmy, as well as Adjie's bitter sister Ladya, accompany them to the airport.

Their trip cuts short, however, when they find a confused, robbed and lost girl named Maya. Taking pity, the group gives her a ride back to her home, suspiciously located in the middle of nowhere, with backwoods towering over the road. Out of gratitude, Maya invites them for dinner and introduces them to her brothers, the handsome Adam and the brutish Arman, and the matriarch of the family, Dara. After finally persuading them to stay, Adjie and Astrid's friends help themselves to a lavish dinner while the couple uses the guestroom to rest. Unfortunately, the food was spiked with drugs and now Adjie's friends are held captive, destined to be lunch in the bloodiest ways possible, while Dara has her own plans for the married couple.

Bloody. That's the word. Bloody. Everything about Macabre is just for the sake of pure blood and I have to admit, the bloodshed here can get a little too much even for an Asian slasher, so much so that I actually understood why neighboring countries around Indonesia almost banned this film from ever releasing into their cinemas. But can this film's bloodshed be any good as the story? More or less.

The thing is, as much as the blood and gore splatters everyone's faces, Macabre is really no more than a cliched visceral play of collected violent scenes, barely having any story, little character development, or even a sense of pacing as it focuses on nothing else but to be the bloodiest backwoods splatter/slasher. And since it doesn't have a solid plot, it's no surprise there's a barrage of plot holes, one that really bugged me being the unnecessary addition of mysticism that involves pitting cannibalism as a mean of immortality, as well as a secret organization that seems to be interested in this practice. Considering the fact that the original 2007 short film this movie was based on, Dara, never dabbled with the occult, this idea just felt like a really misguided opportunity to explore Dara and her family, randomly shoved into the story and not one single shred of explanation given save some hints here and there.

Eitherways, with or without the magic powers and immortality rites, Macabre, in all honesty, is still a passable and enjoyable splat-fest if you're an avid fan of slasher flicks and a very open and forgiving one. Being a backwoods tribute to the classic The Texas Chainsaw Massacre set-up, the film draws real power from the New Age French Extremity-influenced blood, guts and chaos on screen, set in the most bleakest atmosphere that most Asian horror is known for. I've seen high-powered violence a lot, but I was never expecting it coming from this side of Asia. The effects are well made and very little CG was used, something of which I'm very thankful for when it comes to my death porns, and some of the characters did have their troubling moments that you can't help but feel sorry for them in the slightest.

If your looking for a mindlessly messy horror film that's low on logic and high on bodycount, this is one of them. But for those who're looking for a "smarter" horror film? The ones that can make you think and then cringe in fear?As in REAL fear? Not visceral fear, alone? Then you might check somewhere else unless, of course, you're willing to join the fun.