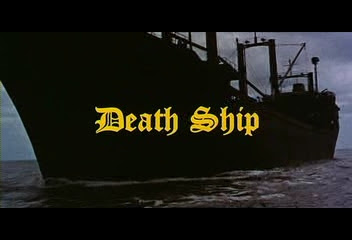 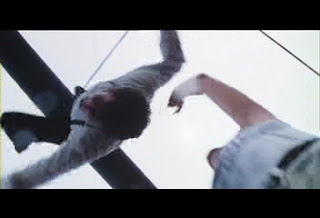 When a cruise ship full of partying holidaymakers gets attacked by a black worn-out vessel, eight survivors manage to hold on a board and float along the sea long enough to wave down a rescuer. Unfortunately (or fortunately), the only thing that spots them is the same black vessel, but with one of them ill, they decide to board the ship anyway and hope to find food, water, shelter and somebody inside to help them. But what they find inside is a peculiar self-running engine with no crew to maintain it nor any captain in sight navigating it.

Despite finding it strange to see a self-running ship, they settle in and try to find a way to navigate the vessel, all the while stranger things begin to happen no sooner as visions of murdered men, ghostly wailing, showers of blood and Nazi propaganda start to plague them. It isn't too long before they start to thin down one by one and the ill captain starts to lose his mind, thus they have no choice but to get off the ship, but how can they if the living Nazi Kriegsmarine torture boat is hellbent on finishing what it started? While the movie itself is bad in sense of cheesiness and its plot lacking any solidity, Death Ship brings in enough dread, claustrophobia and a little wretchedness from its wonderfully made premise.  It starts like a TV thriller, something like an episode from Tales from The Darkside or some of the later Twilight Zones series, with a family and their friends going through a situation completely otherworldly, only for the survivors to get tormented and one of them getting the case of either supernatural influence or violent "cabin fever". From that point, the film begins to constrict the viewers to a scenario of pure horror that's improved further by the film's amazing ship setting that's rotting down to its nails, echoing rust and steam, and it's pipes and gears dripping with age.

Perhaps what makes this film unsettling is that the fact that the ship is heavily influenced by Nazi concentration camps as the torments our cast go through is pure SS torture that rings back to the days of the holocaust and the Captain's descend into madness leading him to be more than willing to throw off anyone for the sake of his ship. The "murders", despite not being as "sharp" as most slashers' brand of murders are, works for how creepy and inventive they can be, although the hamminess of the movie do tend to show up a bit in a slaying or two. 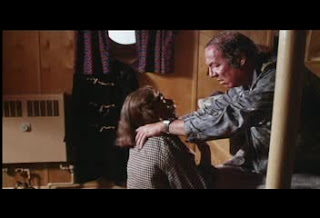 Rarely seen and often overlooked, Death Ship is a nice hidden gem of a horror film. Its has the sensibility of a haunted house horror while adding the elements of the infamous "Naziploitations" and slashers, it has everything that would have made it a cult classic including a well-casted set of actors, some devilish cinematography and murders most foul for a B-Movie. So why not give it a chance? Maybe you'll find a gem as well.