Slasher masks of the week vol2


here's this week's meat:
A. The Hills Run Red:
The 2009 attempt to copy the same self-referencing Scream popularized to reboot the slasher boom may had failed, but it did "gave birth" to a new face in slasher history: Baby Face.
The first mask which is whole yet gritty, had the creepy factor going, but by the time our cast met the killer in the flesh, the mask goes from creepy, to macabre. A Baby doll's face, cracked and missing a jaw, replaced with a human mandible, held in place by wires. Macabre stuff indeed, but I prefer the creepier one. 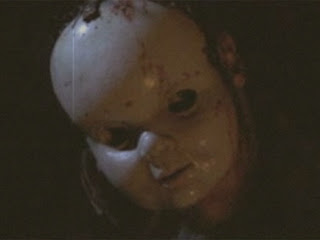 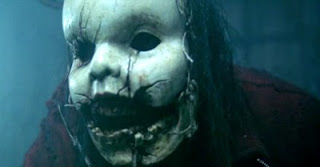 A horrible movie with a cool costume! It's not everyday we see a killer don something this heavy yet moves around with ease. Then again, the killer's all "supahnatural" and posessed so, yeah, still cool. 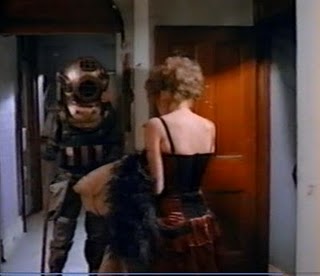 My favorite "tame" slasher had a decently simple yet effective slasher disguise. A black motorbike helmet with a black biker suit to go with it, you can definitely hunt down people without the worry of leaving prints of identifying you...now all you have to worry  is covering up yer license plate... 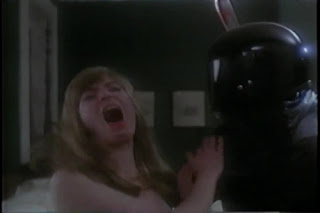 Who would have thought ole "Ronald Reagan" is donning a mask in this movie. A little too effective, but funny at the same time. But ever wonder if there's a political satire going on around this movie? 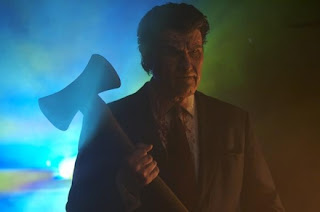 okay, now this is creepy. Really creepy. One of Dario Argento's early giallo had its killer done this awfully chilling mask. Try imagining this wanker taking yer photo from across the street, now that's bound to rid two weeks of sleep... 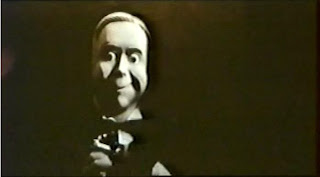